11 Guilt-Free Tips for Saying “No” in Your Social Life 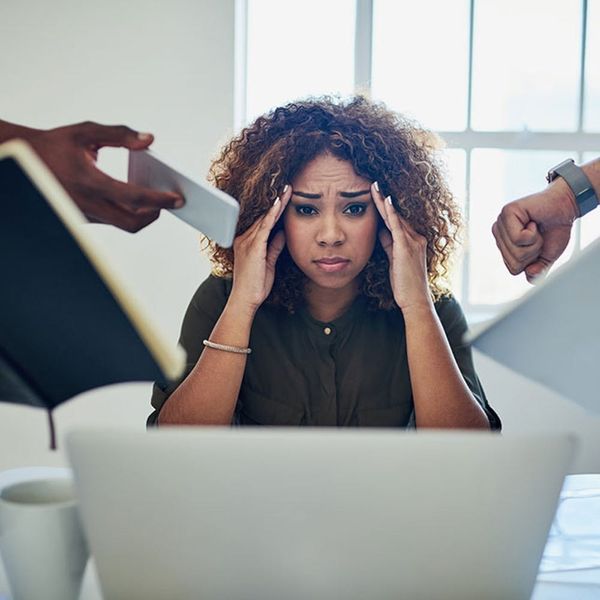 Most of us are guilty of overscheduling ourselves. No matter how overwhelmed we are by work and life commitments, we struggle to turn down an invite to a happy hour or fun weekend event with a seemingly simple no. Why are those two little letters so difficult to spit out, even when the stakes are as low as a casual dinner? To start with, when you say no to a social invitation, it’s easy to feel like you’re letting the other person down.

The truth is, though, that saying no doesn’t have to be a disappointment… to anyone! A little practice at gracefully turning down social invitations can go a long way toward making you happier and your relationships more genuine. “If you are already overbooked and going in a million directions, you really aren’t showing up as your best self,” transformation coach Brandyce Stephenson tells us. “The guilt you feel isn’t serving anyone, especially not you, and you’re just adding more stress to yourself.”

If the mere thought of saying no in your social life makes you feel a little sick to your stomach, don’t panic. Keep scrolling for 11 expert tips that will help you do so kindly and authentically — and free up the time and energy that you need for yourself.

1. Say it from the start. Your first instinct after receiving a social invitation might be to say “Maybe!” or “I don’t know” because you don’t want the other person to feel rejected, but according to mindset mentor Yvonne Lines, it’s better to be direct from the start than to string them along while you gather your courage to say a more final no. “Don’t leave a friend hanging,” Lines says. “That’s not respectful of their time or their desire to bring friends to an event. Don’t worry about not liking all the same things they like, but do be kind enough to let them know.”

2. Start with gratitude. “It might sound a little strange saying ‘thank you’ at the beginning of a conversation where you’re about to let somebody down, but it will make all the difference,” blogger Jess Keys (better known as The Golden Girl) suggests. This tip is especially important if you’re responding to an invitation via text or email, as written replies can more easily come off as cold or unthoughtful. Start with a genuine thank you, then don’t be afraid to say no in the end.

3. Be assertive and courteous. Yes, these two adjectives can, in fact, exist in the same sentence — and you can even embody them in the same face-to-face scenario! Author, columnist, and psychotherapist Jonathan Alpert suggests “I’m sorry, I can’t” as the basic template for any social no, because it’s both polite and definitive.

4. Use “no” as a complete sentence. Not every polite denial requires further explanation. Get comfortable with saying “no” — and nothing else. “Setting the requirement for yourself that you have to provide an explanation will only make you feel guiltier for saying no,” Ambrosia Treatment Center clinical social worker Dr. Sal Raichbach says. “You don’t always have to offer an explanation, but do it if you want to. It can help to clarify your reasoning.”

5. Don’t make up an excuse. As with most things in life, honesty is the best policy when you’re politely turning down an invite… even if you’re worried that your reason for doing so isn’t legitimate. “If you don’t feel as though you can say that you’re just too tired, the worst thing you can do is make up an excuse,” clinical social worker and relationship expert Erin K. Tierno advises. “Real friends see through this immediately and get the feeling you really just don’t want to be around them.” Leave less room for interpretation by telling the truth about why you’re not up to accept the invitation.

6. Offer an alternative. Chances are that the reason you’re turning down an invitation has nothing to do with how you feel about the person extending it and a lot more to do with your schedule and bandwidth. Coach and assertiveness trainer Anne Brackett says that offering an alternative is a great way to make this distinction clear. Be firm with your no, but suggest another specific plan to demonstrate that you’re still invested in the relationship.

7. Blame self-care. Self-care is one of the hottest buzzwords out there right now, which means that your friends are more likely to be understanding if you invoke it as the reason to decline a social event. “If you offer up that you can’t participate in the scheduled plans because you need to practice good self-care, you’re less likely to get a lot of pushback,” licensed therapist and wellness coach Jor-El Caraballo says. “These days, more and more people are considering self-care both sacred and necessary.” If you decide to go this route, make sure you’re being honest by setting up a plan for self-care and actually following through with it.

8. Establish a policy. The word “policy” sounds pretty formal, but what we’re really talking about here is clear standards that you can use to evaluate whether or not you’ll accept an invitation. When you know that you’re reviewing invitations in a consistent manner, you might find yourself feeling less guilty when you do say no. Consider, for example, keeping your Saturday afternoons free or establishing a price threshold above which you won’t be able to attend an event. “Adopting a policy is a way of drawing a boundary,” coach and consultant Amy Gardner tells us. “Because it’s presented as policy, [the statement] ‘I don’t want to do the thing you asked me to do’ doesn’t convey the same judgment.”

9. Follow-up when you are available. Being an effective naysayer doesn’t stop just because the initial invitation has passed. Per clinical psychologist Dr. Julie Gurner, you’ll increase your future credibility by following through on checking-in with the other person when you are feeling up for being social. When you do this, saying no to them will feel a lot easier in the future.

10. Understand what’s at stake. As difficult as it can be for us to say no (just look at all of the guidance we need in order to do it!), the alternative can be even more challenging. As you work up more courage to turn down friendly invites, life coach Tiffany Toombs recommends that you keep your own needs top of mind — especially because those needs affect how you interact with others. “When you do the best thing for yourself, you do the best thing for others,” Toombs says. “When we say yes when we wanted to say no, we’re wasting the other person’s time and stopping them from spending time or being with someone who would show up and be fully present for them.”

11. Remember that “no” is not a dirty word. It’s all how you look at it! “Rethink your attitudes about saying and hearing no,” author and self-proclaimed “professional encourager” Karen Southall Watts notes. “Declining an invitation is not a rejection of an entire relationship.”

How do you gracefully turn down a social invitation? Tweet us @BritandCo!

Alli Hoff Kosik
Alli Hoff Kosik is a freelance writer who is passionate about reading, running, rainbow sprinkles, her lipstick collection, watching embarrassing reality TV, and drinking pink wine. She lives in Brooklyn with her husband and (in her dreams, at least) three golden retriever puppies. Listen to her talk books on The SSR Podcast.
Adulting
Relationships
Adulting Friends Self Care