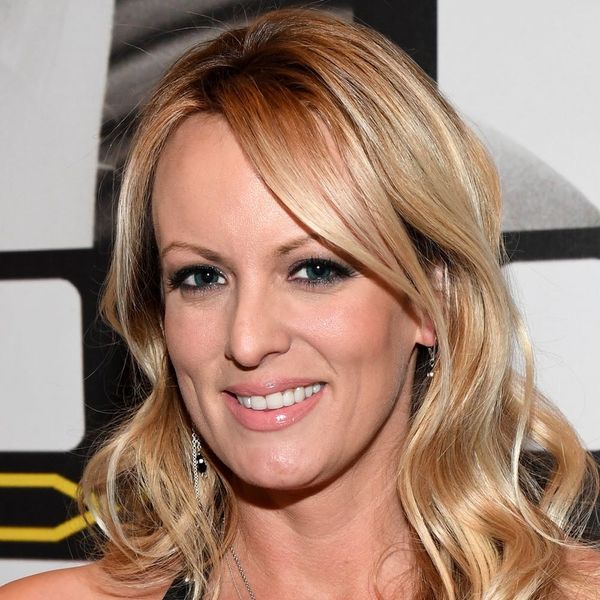 We now know that Daniels’ real name is Stephanie Clifford, and that she and Donald Trump supposedly met at a celebrity golf tournament in 2006. According to a 2011 interview with InTouch, the two had a fling shortly after the birth of Barron and while the encounter wasn’t particularly good or memorable by Daniels’ accounts, the affair lasted for a few months. However, in the days since WSJ published its revelation, Daniels has denied the affair. This is her prerogative and her choice. Right now, it’s our own language around that choice that we need to keep in check.

Exactly 20 years ago, Monica Lewinsky was enduring a similar media storm. On January 16, 1998, Lewinsky was lured to the Ritz-Carlton by Linda Tripp, where she was cornered and threatened in a bid to make her come clean about her affair with President Bill Clinton.

“At 24, cornered in a hotel room . . . with mainly male interrogators taking orders from [Special Prosecutor Ken] Starr, I was discouraged from contacting my attorney and threatened with 27 years in jail for filing an affidavit denying the affair with Clinton, among other alleged crimes,” Lewinsky recalled in a 2014 essay. She refused to cooperate, but the story soon broke and established the intern as not just a national punchline, but a punching bag.

“I sorely wished for some sign of understanding from the feminist camp,” she wrote in the same piece. “Some good, old-fashioned, girl-on-girl support was much in need. None came. Given the issues at play — gender politics, sex in the workplace — you’d think they would have spoken up. They didn’t.”

The language around at Lewinsky in 1998 was remarkable in its cruelty. She was mocked for her looks, her weight, and her encounters with the president. She was a Halloween costume, a late-night monologue mainstay, and an SNL character. At 24, she ceased to be a person or even a name. She was “the intern,” “that woman” — and, specifically, the one President Clinton didn’t have sexual relations with.

Two decades later, and we’ve come to recognize our complicity in Lewinsky’s humiliation and trauma, and in the wake of our growth, she’s been generous enough to return to public life as an anti-bullying advocate and social activist. In exchange, we’ve come to repent for and think on our sins, citing that disastrous political crisis as a low point for our empathy and our feminism.

Stormy Daniels — Stephanie Clifford — is a person first, a name in news second. Her work is valid, reasonable, and her own. Her sexual history, while supposedly tied to the president, isn’t permission for us to make her a punchline, or to shame her for professional or personal choices. Instead, her 2011 interview is damning evidence that the president of the United States has been caught in another lie — a guise of marital fidelity — to the American people. And if we’ve learned anything from what we did to Monica Lewinsky in 1998, we should know better than to make this story anything other about the inconsistencies and falsehoods that define the Trump presidency.