Apple vs. Android: HTC Rumored to Reveal Smartwatch Next Week 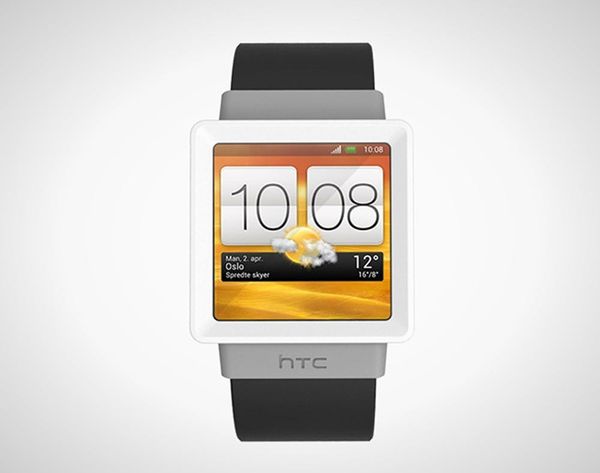 Your Droid must have been suffering from a case of FOMO (Fear Of Missing Out) with all of those Apple smartwatch rumors, because it looks like HTC is working on not one, not two, but THREE different versions of their own. Tick, tock!

Don’t get too excited by these HTC smartwatch concepts from designers Eliott Copier and Hasan Kaymak, while we don’t have a peek at the real deals just yet, we do have some suspected deets on the three wearables. To rival Samsung’s Galaxy Gear and other wearable wrist candy like Pebble, HTC’s first smartwatch might get demoed next week and, rumor has it, will have Qualcomm’s Mirasol display technology, connect to your smartphone using Bluetooth and feature a music player. Watch #2 will work with Google’s Now applications: serving up info on weather, maps, travel and even suggestions based on your location right to your wrist. The third wearable sounds like it is eyeing Apple’s suspected iWatch as its main competition. It will be a smart wristband with a thin touchscreen display, music player and activity-tracking features. Sounds familiar, sounds awesome.

HTC’s chairman has confirmed that the company will launch a smartwatch before the end of the year, but we’ll stay tuned to see if one of the three is revealed at next week’s Mobile World Congress tradeshow in Barcelona.

Android vs. Apple: which smartwatch would you strap on? What do you think of the mockups?

Lisa Raphael
In her past professional lives, Lisa has served the masses as the Editorial Director at Brit + Co, Bieber Whisperer at J-14, Golden Girls Fan Club Prez at Lifetime and Talk Show Host Understudy to Katie Couric. Now, she's taking on the sports world at The Relish, teaching Hairography 101 in her spare time and will forever be trying to fill the hole Zayn Malik left in her heart.
smartwatch
Tech
smartwatch