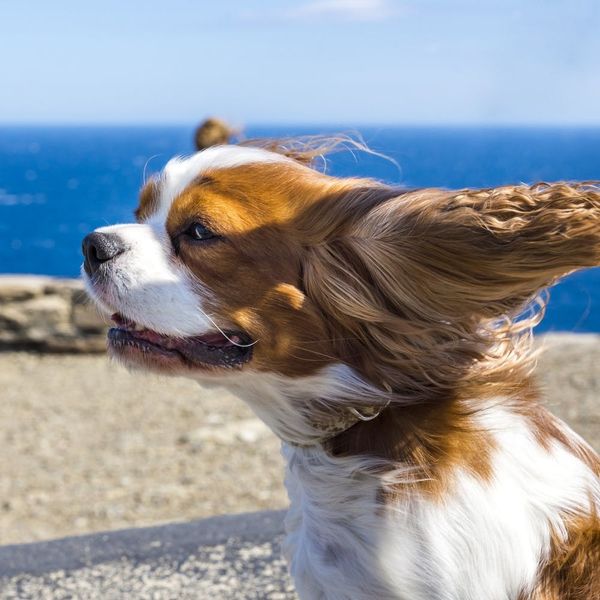 My Cavalier King Charles Spaniel, Penny, has been struggling with itchy skin for about a year now, and it’s led to her being super anxious, and finding a fix has proven difficult. Honestly, we’ve given her shots, pills and changed her food — I was ready to try anything. So when I saw an Instagram ad from a pet trainer saying that he gives CBD oil to his dogs for skin issues, I found myself with a card out paying for it before he could even finish his sentence. For Penny’s itching, the alternatives we’d been presented with were pills and shots, which are costly and have potential negative side effects.

After researching products online, I ordered the CBD drops from Highline Wellness. While there are specific brands targeted at dogs, I figured I’d get the regular drops so that I could use them if they proved useless for Penny. I started by putting a few drops in her food daily — some in the morning and some at night.

Honestly, the effects were pretty immediate. While I’m not sure it does anything for her skin, exactly, it does calm her down without making her drowsy. That may sound small, but it’s actually really helpful. I think that part of the reason why she scratches so much is because she starts to panic when the itchiness starts, and it just exacerbates the problem. Because she’s been much calmer, I’m more aware of when her skin is actually bothering her, which it turns out is less often than I thought before I started her on the drops. She’s now been taking them for about five weeks, and we’re still going strong with the drops. I definitely plan to keep giving them to her. We haven’t seen any side effects whatsoever, and I do like that it’s not harsh like some of the medications we’ve been offered.

You’re probably well aware that CBD oil is very trendy right now, but its effects are still being studied. CBD is a cannabinoid, which is a natural compound found in cannabis and hemp. While most CBD products don’t contain tetrahydrocannabinol (THC), the psychoactive compound in marijuana, a lot of outlets are still studying what impacts it could have on humans and animals. In fact, the American Kennel Club’s Canine Health Foundation is currently funding a study to determine the effectiveness of CBD to treat epilepsy in animals. While it’s still under evaluation, the World Health Organization has determined that CBD “does not appear to have abuse potential or cause harm.” While all results are anecdotal at this point, CBD potentially has anti-inflammatory properties and calming effects — and I can honestly say that the calming effects have been the game-changer. While you should talk to your vet before you move forward with using CBD drops with your dog, it’s been helpful for Penny. Next up: Testing it for her on flights or long car rides!

RELATED: Everything You Need to Know About CBD, the Latest “It” Wellness Ingredient

From Your Site Articles
Brittany Loggins
Brittany Loggins is a freelance writer who covers lifestyle topics including health, travel, home, parenting, and more. She loves comedy and dogs, and will still defend the season finale of Lost if asked.
Dogs
Health
Dogs Pets
More From Health