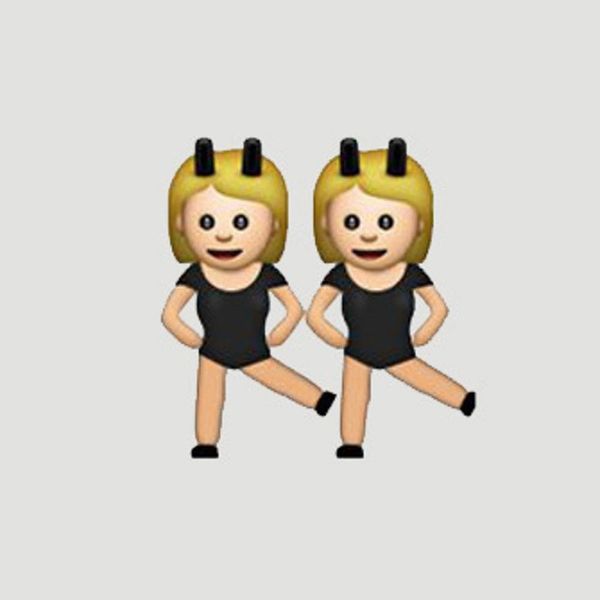 OMG? Please. “OMG” was so last year. These days we’re leaving it up to those little yellow emoticons to translate our joy and frustration via text. It was only four years ago that Apple made the emoji an international keyboard, and now there are more than 800 emoji at our disposal. These little images are becoming a globally recognized language of sorts, and a recent study by Instagram tried to establish the context of the most popular and obscure icons. You might actually be surprised at what the Instagramiverse means when they caption their pics with little dancing girls.

According to the study, almost 40% of Instagram comments contain emojis. And because of that, Instagram added the ability for emoji characters to be their own hashtags. They also discovered that most emojis are used in a similar way for the same sorts of messages, no matter where you are in the world.

With their algorithm, Instagram was able to decipher that many of the most popular emoji have adopted new meaning; for example, the two women with bunny ears was most commonly used to symbolize “sisters” while the red dancing lady was used when there was a birthday party.

And, as it turns out, your favorite choice of emoji says a lot about you. A study by SwiftKey reveals what each country’s favorite emoji is, and the results are pretty amusing. The French send more hearts than any other country, while Australians use double the amount of alcohol-themed emoji. Canadians are twice as raunchy with a much higher use of the banana, eggplant and peach emoji, and US users express themselves with 30% more LGBT-related emojis than other countries.

Make sure you check out the whole study here, and keep on emoji-ing.

Do you think emoji is becoming its own language? Tell us what you think in the comments below!

Kate Thorn
Kate Thorn is an illustrator, foodie, photographer, and blogger at Create & Kate. She loves creating art, traveling, and all things chocolate. A native to the Great Northwest, she is currently living in London and pretending to be a mature grad student.
social media
Tech
social media