Why You Should Definitely Turn Gchat Off While You’re Working 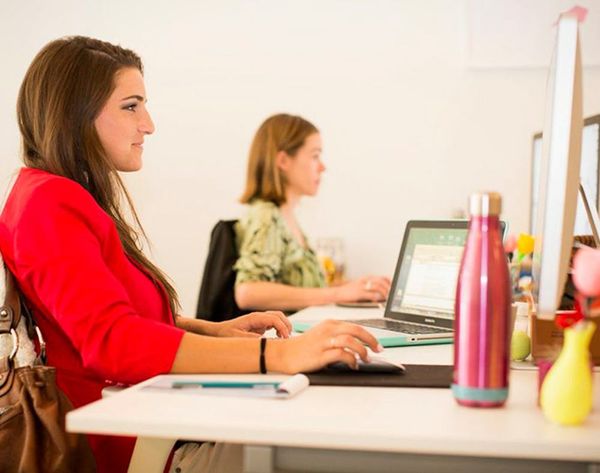 “I’ll ping you about it,” is a common phrase we use here in the Brit + Co office, and probably in your workplace too, right? What once was a way for us to secretly gossip with our friends while looking like we were tip-tapping away oh-so diligently on our to do list is now a totally acceptable form of communication from manager to intern and back again. And now we have a reason you should stop doing it. Like, right now.

According to a study done by researchers at George Mason University, when you interrupt people while they’re writing, their writing is not as good. Makes sense! They took groups of students and asked them to pen short essays. One group was left alone, another was interrupted while they were outlining their essay and the other was pestered while writing it. Those who were disrupted produced lower quality essays when compared to people who wrote without interruption. And although you may not want to admit it, that blinking green box, whether it’s coming from your bestie or your boss, is an interruption. Yes, the truth hurts sometimes, but it can also help.

Forwarding this to your coworkers and asking for a workday without interruptions is likely not the answer (and probably not the only key to unleashing your productivity gene). But anything you can filter out of your day (cough, Gchat, cough cough, refreshing Facebook, cough) you probably should. Try going invisible and checking your personal emails at a specific time you designate for yourself. Ask for a morning meeting with certain coworkers instead of little chats throughout the day if that works better for you both. And say bye to Gchat during “me time” — we know you were inspired to carve out all of that personal passion project time after peeping the daily routines of 26 famous creatives. Hey, it also might be time we gave more of those social media filtering apps a try…

Are you a Gchatter at work and at home? Have you mastered the art of multitasking or combatting interruptions at work? HALP us below!

Lisa Raphael
In her past professional lives, Lisa has served the masses as the Editorial Director at Brit + Co, Bieber Whisperer at J-14, Golden Girls Fan Club Prez at Lifetime and Talk Show Host Understudy to Katie Couric. Now, she's taking on the sports world at The Relish, teaching Hairography 101 in her spare time and will forever be trying to fill the hole Zayn Malik left in her heart.
#iamcreative Videos
Tech
#iamcreative Videos Productivity study