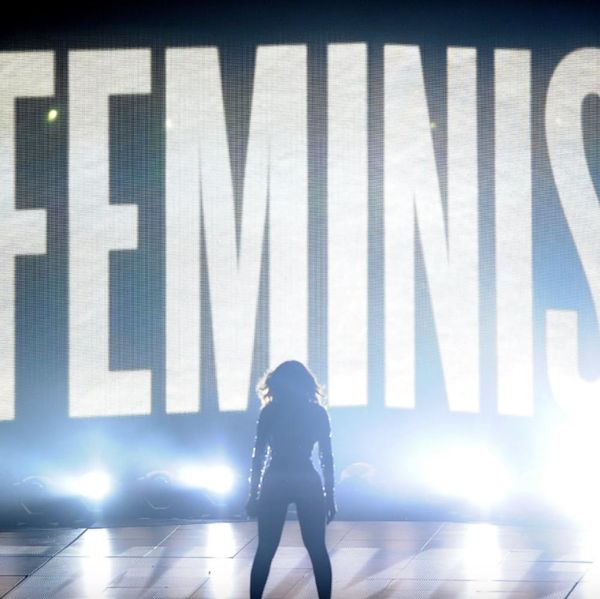 For women in the entertainment industry in 2017, there’s one question that’s become an interview, red carpet, and press junket standard: “Is your new character/film/show/album feminist?” or, to cut right to the chase, “Are you a feminist?”

Right now it’s almost impossible to avoid questions about feminism or the female experience of working in an industry where women continue to be valued and evaluated based on their appearance. And that’s a good thing. There isn’t always an easy answer (even if the definition of feminism is relatively simple, broad, and aiming toward becoming more and more inclusive), but women’s rights are being talked about more than ever.

So why are so many stars refusing to call themselves feminists?

The “feminist” dodgers come in a few distinct categories. On one hand, there are the anti-labelers like Shailene Woodley.

“The reason why I don’t like to say that I am a feminist or I am not a feminist is because, to me, it’s still a label,” Woodley said in an interview with Nylon.“I do not want to be defined by one thing. Why do we have to have that label to divide us? We should all be able to embrace one another regardless of our belief system and regardless of the labels that we have put upon ourselves.”

And then there are the celebs who go the extra mile in denying that the feminist-practically-by-definition project they’re involved in is indeed feminist. See: Meryl Streep’s 2015 statement on playing groundbreaking British activist Emmeline Pankhurst in the film Suffragette.

“I am a humanist. I am for a nice easy balance,” Streep told The Guardian.

Sarah Jessica Parker, whose series Sex and the City opened doors for shows like Girls and Broad City to talk about women’s sexual experiences in frank, honest, and hilarious ways, echoed Streep’s sentiment.

“I am not a feminist,” Parker told Marie Claire in 2016. “I don’t think I qualify. I believe in women and I believe in equality, but I think there is so much that needs to be done that I don’t even want to separate it anymore. I’m so tired of separation. I just want people to be treated equally.”

Um, yeah, you know who else just wants that? Feminists.

If you really want to twist your brain into a pretzel of confusion, check out Elizabeth Moss’ F-word averse analysis of her role in The Handmaid’s Tale: “For me, it’s not a feminist story. It’s a human story because women’s rights are human rights… I never intended to play [Mad Men’s] Peggy as a feminist. I never intended to play Offred as a feminist. They’re women, and they’re humans. It’s about love, honestly, so much of this story. So for me, I never approach anything with any sort of, like, political agenda. I approach it from a very human place, I hope.”

(Shout out to my 10th grade English teacher, who probably had to spend all summer rewriting her course outline to wedge in a deconstruction of Moss’s comments.)

Then there are celebrities like Lana Del Rey who think feminism is a relic of the past and futurism is the, uh, future. “The luxury we have as a younger generation is being able to figure out where we want to go from here, which is why I’ve said things like, ‘I don’t focus on feminism, I focus on the future,'” she told James Franco in a 2015 interview withDazed. “It’s not to say that there’s not more to do in that area. I’ve gotten to witness through history the evolution of so many movements and now I’m standing at the forefront of new technological movements.”

What all these half-formed points of view fail to account for is that for many (non-rich, non-white, non-cisgender) women, this “luxury” as Del Rey so aptly describes it, has yet to deliver. If you identify as female and are graduating from college today, over the course of your lifetime you can expect to make $1.2 million LESS than the guy standing beside you in line to pick up your diploma. But the wage gap is just one aspect of the kinds of inequality women in the US face every day. Think: the clawback of reproductive rights, the threat of intimate partner violence, and the kinds of casual sexism women encounter on the street and in the workplace — we could go on.

The idea that some women in Hollywood might be blind to that isn’t surprising, considering the secluded, protected lives they lead. Stars are guarded from the rest of the world by armies of publicists, managers, and agents. But is it possible that they’re also unaware of the overt sexism in their own industry?

Onscreen, women have only 32 percent of speaking roles in major Hollywood movies. Behind the camera, the statistics are even worse: Just four percent of the top 100 films in 2016 were directed by women. Also, Hollywood, despite all its professed progressive politics and liberal leanings, might actually be one of the last major resistors of the body positivity movement. Could the avoidance of the word be willful and strategic, then? A tactic used to avoid alienating certain fans?

Maybe that’s to be expected, when even German Chancellor Angela Merkel, the world’s most powerful woman, as The New York Times calls her, won’t touch the F-word. It seems totally mystifying… until you compare her political success to Hillary Clinton’s. Hillary embraced the title “feminist” wholeheartedly, and there has been some speculation that it contributed to her election loss.

“Clinton campaigned as a woman who would make history by shattering the highest glass ceiling;” the Times reports, “in response, a misogynistic backlash gripped segments of the United States.”

Why does Hollywood, the land of glitz, glamour, and not a ton of substance, matter? It matters because the entertainment industry is one of the biggest platforms women have to make themselves heard, and if stars are using it to say that feminism is passe or obsolete, people are going to believe that’s really the case.

For a perfectly reasoned argument that it isn’t, check out this mic drop, courtesy of Ellen Page: “I don’t know why people are so reluctant to say they’re feminists. Maybe some women just don’t care. But how could it be any more obvious that we still live in a patriarchal world when ‘feminism’ is a bad word?”

Do you consider yourself a feminist? Let us know on Twitter!

Corrina Allen
Corrina Allen is a film + television + travel writer from Toronto. Her journalistic goals include a backstage interview with David Byrne, the fictional character she identifies most closely with is John Wick, and her favorite dead person is Vladimir Nabokov. She never, ever Instagrams photos of her food (just her dog).
Celebrities
Gender Issues
Celebrities Feminism
More From Gender Issues