Whoa: Ivanka Trump and Her Hubby Once Appeared on Gossip Girl 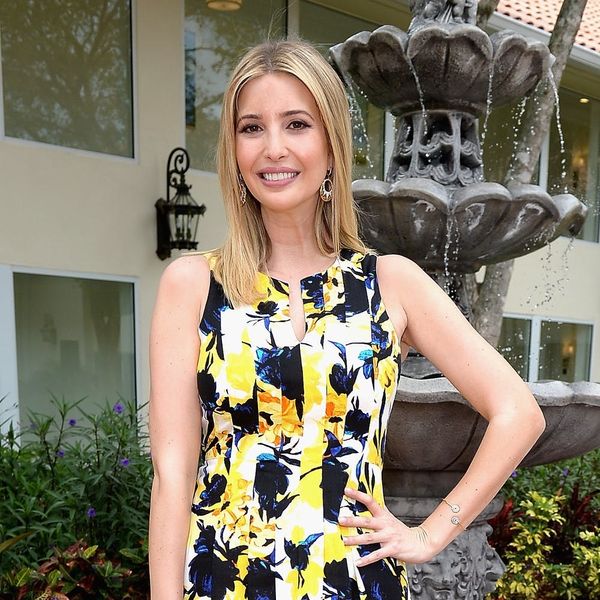 Blake Lively may be teasing us with her thoughts on a possible Gossip Girl reboot, but if it actually ends up happening, it looks like there’s already a perfect guest star lined up. That’s because the current president’s daughter, Ivanka Trump (who’s making waves in her own right), once appeared on the popular series. Wait… wha?!

If we all take a trip back in time to 2010, we’ll remember a season four episode of Gossip Girl called “Easy J,” where Serena has fallen for a handsome professor. When this fella receives an award at New York Observer party, it’s presented by none other than Jared Kushner. And who’s in the crowd of party-goers? You guessed it! Ivanka Trump herself. Ivanka and Jared are even mentioned by name and their relationship is the subject of a little joke.

Jared and Ivanka were on Gossip Girl in 2010 and I need everyone on the earth to know it pic.twitter.com/iHmY3F8wSl

Dressed in a shimmery white outfit and sporting some stellar earrings, Trump flashes her signature smile while standing in the crowd of other NYC elites.

The cameo is pretty short, but it reminds us of a simpler time when the Trump family was mostly the subject of fun TV fodder, rather than the center of our daily political maelstrom.

Do you remember when Ivanka Trump appeared on Gossip Girl, or is this a total surprise? Let us know @BritandCo!