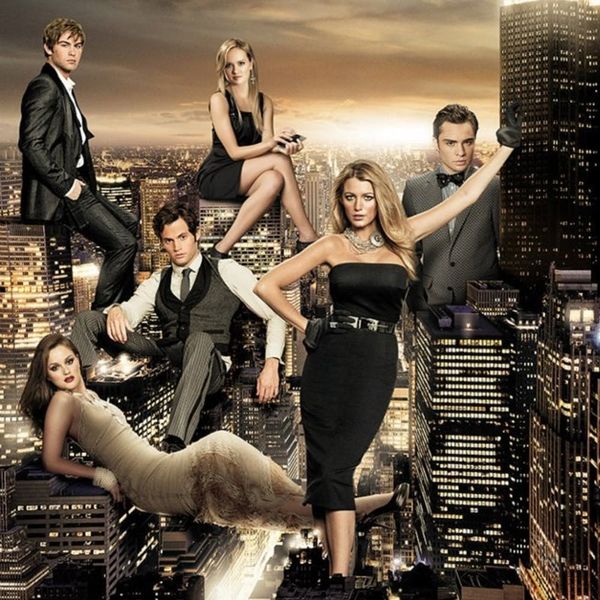 Blake Lively is pretty busy prepping for her next movie while also dealing with her super cheeky hubby, Ryan Reynolds, and also filling her weekends with… bedazzling? But she also has future projects on her mind, including a possible Gossip Girl reboot. We can only imagine what kind of drama Serena would be finding herself in the middle of these days.

Chatting with Variety, Lively discussed various parts she’s taken on recently, including her recent starring role in The Shallows, which she admits may be the one and only bikini-clad shark-battling character she ever plays. When asked about a sequel, she confessed, “I hope not; I’m not ready to go work out like that again.”

But that isn’t the only role fans are interested in, which is why Lively was blatantly asked, “Netflix has been rebooting old TV shows. Do you think they could ever do a Gossip Girl reunion?” The actress’s answer was short and to the point. “I don’t know,” she began, then added, “Why not?” Why not, indeed?!

Well, for one thing, the now mother of two isn’t sure she could make that kind of commitment. “It sort of all depends,” Lively admitted. “Would I do seven years of the show? No, because it’s hard work and I’ve got my babies, and I don’t want to be away from them that much. But I’ve just learned in life you never say never. I’m looking to do something that I haven’t done yet, not something that I did. But would I do that? Who knows — if it was good; if it made sense. We had so much fun shooting and living and working in New York City.”

We’ll take that as a definite… maybe.

Would you love to see a Gossip Girl reboot, or is it best left in the past? Let us know @BritandCo!

Desiree O
Desirée O is a ‘Professional Bohemian’ who loves anything and everything related to the arts, entertainment, and pop culture. She ADORES being a ‘Newsy’ for Brit + Co, covering all of the latest tidbits of awesomeness that you want to read about. When she’s not writing, she’s either making messy art, going on long adventurous walks with her camera, or poking around over at bohemianizm (http://www.bohemianizm.com/). You can find out about Desirée O and her work at http://DesireeO.com/ or follow her on Twitter @DesireeO.
Blake Lively
Pop Culture
Blake Lively Nostalgia