Will Ivanka Trump’s White House Job Be Good for Women? 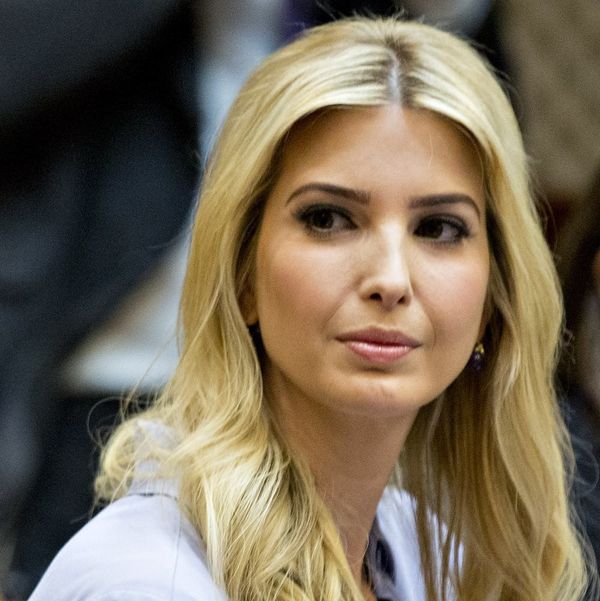 Last week, first daughter Ivanka Trump got her very own office in the White House, advising and counseling her father in the West Wing. Now the job is official: CNN reports that in the coming days, Ivanka will become an official employee of the federal government, but she’ll be unpaid.

One could argue that, given the president’s anti-choice stance, the fact that he openly bragged about repeat sexual assault, and the insults he has hurled at women from Rosie O’Donnell to Megyn Kelly, it would be good to have more women working with and around him. After all, the president said before that Ivanka is “always pushing” him to do “the right thing,” so could it be a good thing for women to have Ivanka working in an official government role?

In brief: probably not.

First off, what do women CARE about? In a 2016 report detailing issues important to voters, polling firm Greenberg Quinlan Rosner found that women are most concerned with economic security, “including equal pay for women, job training, college affordability, and paid sick and family leave.” Women also indicated that they want access to reproductive health care, and action to end gun violence.

Ivanka has made it evident that maternity leave and child care will be signature issues for her in her father’s administration. Before President Trump took office in January, the transition team met with the House Ways and Means Committee to discuss Ivanka’s proposal for child care tax credits and six weeks of guaranteed maternity leave, according to CNN. Ivanka addressed members of Congress regarding her idea in February, Fortune reported. The plan would cost around $500 billion — which, as Vox reports, Republicans are unlikely to support. (Meanwhile, Democrats aren’t likely to be thrilled at the plan either, which doesn’t benefit low-income families whose earnings are too meager to benefit.)

The first daughter hosted a dinner party in February with CEOs of companies including Walmart, General Motors, and JPMorgan, POLITICO reported at the time. Ivanka reportedly wanted to discuss maternity leave policies and promote women in the workplace. She also attended a round table discussion about women at work with Canadian prime minister Justin Trudeau when he came to Washington to meet with the president later that month.

So, Ivanka Trump might be able to help swing policies to make life easier for some working women, but there are some serious obstacles in the way. But where does she stand on other issues?

Where reproductive care and gun access are concerned, it’s hard to say. In fact, Ivanka has been completely silent in public about abortion and access to reproductive care. Bustle reported that Ivanka stayed mum when the president signed a global gag order on abortion, which dictates that if organizations even so much as mention abortion, they will not be eligible to receive funding from the US government. Planned Parenthood president Cecile Richards told BuzzFeed last week that Ivanka’s silence about the GOP’s (now failed) plan to repeal and replace Obamacare and the impact of lost access to healthcare for women was “deafening.” “It’s time for Ivanka to… stand for women,” Richards added.

Despite the fact that the US faces an epidemic of gun violence and the issue is a top priority for the nation’s women, Ivanka has also been silent on this problem as well. The president himself has been outspoken about “second amendment rights” and has already undone a gun control law put in place by president Obama.

Ivanka has yet to say anything about the matter. We reached out to leading gun control advocacy group Women Against Gun Violence, which declined to comment on the role Ivanka could play in this issue.

Ivanka Trump has positioned herself as a force for women within the Trump administration, but so far that just means suggesting tax credits and maternity leave policies that face MAJOR challenges in getting funding, and dinners with wealthy CEOs. She’s yet to show any signs that she will fight for poor women and families, or that she will stand up for reproductive rights or do anything to alleviate gun violence. For now, we watch and wait.

What do you think about Ivanka’s role in her father’s administration? Tell us on Twitter @BritandCo.

Elizabeth King
Elizabeth King is a politics, history, and culture writer based in the Twin Cities. She is generally pretty cranky but still enjoys traveling, music from the early 2000's, and plotting the resistance. Feel free to say hi on Twitter at @ekingc or check out some of her work at www.elizabethcking.com.
Parenting
Politics
Parenting Politics