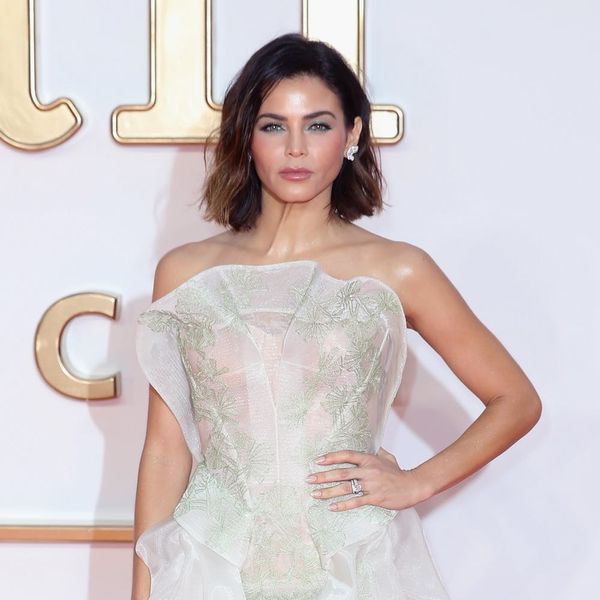 In case you’ve always wondered how Jenna Dewan Tatum gets her perfect, #nofilterneeded skin (and, really, who hasn’t), it’s all thanks to one Beverly Hills doc. And chances are, you’ve heard of him before.

Sooo no reason selfie. But I do want to say I am shocked that I am able to go mostly makeup free now with no filters or retouching etc. Those who have had melasma know it’s hard to manage and big thanks to @simonourianmd1 and his magical coolaser!!

The Witches of East End actress posted a seriously stunning selfie in the car, praising Dr. Simon Ourian’s signature Coolaser treatment, which she says has helped clear up her melasma. The skin discoloration condition commonly affects women during major hormonal changes in their bodies, like pregnancy or changes to their birth control regimen, and can leave unsightly marks.

In her caption, Dewan Tatum wrote, “Sooo no reason selfie. But I do want to say I am shocked that I am able to go mostly makeup free now with no filters or retouching etc. Those who have had melasma know it’s hard to manage and big thanks to @simonourianmd1 and his magical coolaser!!”

In case the name Ourian sounds familiar, it might be because he is the family cosmetic dermatologist of none other than the Kardashian-Jenner clan. The coincidence may not be so random, though, as Dewan Tatum and the Kardashians are friends. And the reality stars frequently turn to Ourian for a variety of skin issues.

Fighting this Melasma like 💪🏽💪🏽💪🏽 Thank you @simonourianmd1 for this magical coolaser treatment which actually WORKS!

Dewan Tatum’s treatment of choice — Coolaser, an alternative to the traditional skin laser — was developed at Ourian’s Epione Beverly Hills skin care center. And it certainly seems like it’s working, because the 36-year-old’s skin looks #flawless.

Well @SimonOurianMD1 and I had a fun morning. The end of an era.... Got this bad boy when I was 16.... Not so cute anymore🙊 I should've listened to Kim when she told me "you don't put a bumper sticker on a Bentley." Bye-bye bumper sticker!!! Thank you Dr Ourian!!!! You are the best!

Aside from ridding famous visages of discoloration, Ourian also does tattoo removals. Khloé Kardashian previously shared her giggly tattoo removal session, revealing that she was lasering off the ink she got at the age of 16 in honor of her late father, Robert Kardashian, on her lower back.

Would you try something like Coolaser for better skin? Sound off over @BritandCo.

Arielle Tschinkel
Arielle Tschinkel is a pop culture junkie who went to NYU because the Olsen twins went to NYU (really). She is a freelance writer whose work has also been featured on HelloGiggles, Refinery29, SheKnows, Bustle, Hollywood.com, and many others; and she's living her dream one Britney Spears GIF at a time. Follow her on Twitter @mrstschinkel or visit her website at arielletschinkel.com.
Celebrity Beauty
Skincare
Celebrity Beauty