Jennifer Aniston and Justin Thoreaux Prove They Have the Perfect Relationship 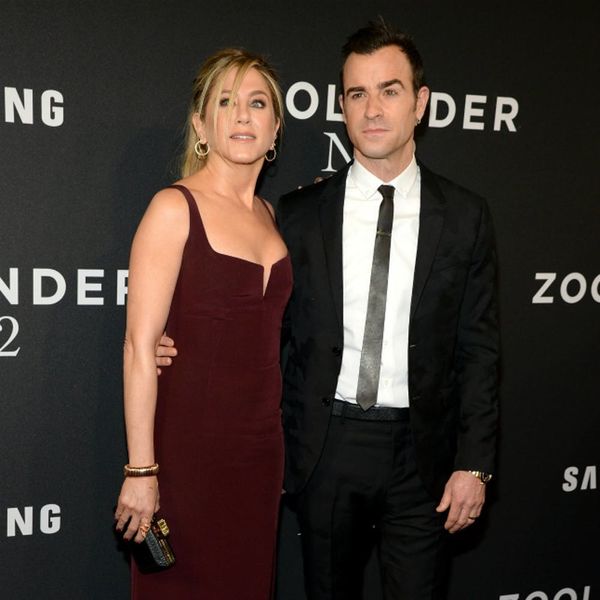 In light of the Brad and Angie split, it seems like finally Jennifer Aniston has had a bit of tabloid heat taken off her this year. Between the nonstop pregnancy gossip and constant rumors about her and her husband, Justin Thoreaux, breaking up, it seems like Jen can’t get a break. But instead of lashing out, Jen always takes the high road, like when she penned her Huffington Post opinion piece earlier this year, which is why it’s no surprise that during her recent interview on The Ellen Degeneres Show, the actress proved, once and for all, that her relationship is perfect.

Justin has been in Europe working, and Jen wasn’t expecting him home for Thanksgiving last week. She’d seen him the week before, when she was in the UK for work herself. Friends who had been invited to her Thanksgiving dinner didn’t realize that Justin wouldn’t be home, though, and as Jen describes, “Everyone came to the house and no one really understood that Justin was not going to be there. And you just saw everybody’s face just start to fall. The whole room was depressed. I gave the toast at the head of the dinner table, which is usually me and Justin. I gave a very, I guess, unimpressive toast where people were like, ‘Oh, yeah. Great.'”

“Next thing you know,” she said, “turkey walks in and there was another turkey holding that turkey. And that was my hubby.”

That sort of surprise is the kind that we want to have happen to us. It’s definitely romcom-level romance, and it just goes to show that tabloids are basically always wrong, and romance is alive and well in the Aniston-Thoreaux house.

Have you ever been surprised by your S.O. on the holidays? Tell us @BritandCo!