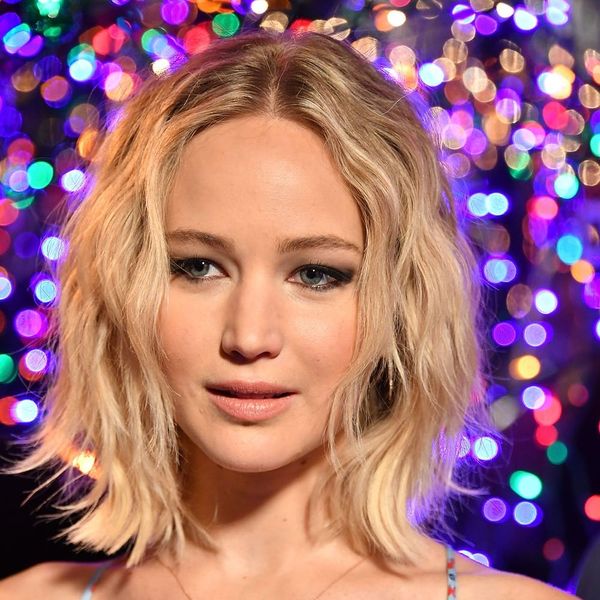 Everyone’s wannabe celeb pal, J. Law, often does things that are super relatable. Like nearly asking out guys who are already taken, and gushing over her friends, because aren’t besties, well, the best people EVER?!

While there, Jen was doing scenes that required her to wear a wetsuit, and if you’ve ever been surfing or scuba diving, you know that those things can get itchy. So naturally, she had to scratch. Unfortunately for Jen, the only available scratching posts were rocks. But not just any rocks… sacred ones. So, she did something against better judgement, and used the rocks to scratch her rear — and ended up dislodging one, nearly smooshing the sound guy in the process.

If Jen had just apologized and admitted she’d done something super disrespectful, it likely wouldn’t have caused so much backlash, but she went on Graham Norton last week to joke about the incident, which offended a lot of people. Luckily, Jen quickly realized how her words were coming across and took to Facebook to apologize:

I meant absolutely no disrespect to the Hawaiian people. I really thought that I was being self deprecating about the fact that I was “the curse”, but I understand the way it was perceived was not funny and I apologize if I offended anyone.

Some people were still upset, explaining to those who didn’t quite get what the big deal was that those “who are offended by this are those who care deeply for traditions, culture, ancestors, etc.” The same commenter also said that for her, this went beyond jokes. “When it comes to something we truly care about, obviously it’s gonna be a big deal.”

Others understood that the story was intended to be more of a “I screwed up guys, and I felt really bad,” and that laughing about it is the only way she knew how to talk about it. “A lot of my Hawaiian friends thought it was funny. We know how clumsy and funny Jen can be,” one user wrote, adding, “Even if it was humorous and in no way offensive to me I’m happy she’s apologized for those who did feel offended.”

Both sides are totally understandable, but like the Facebook user above, we’re glad to hear that Jen apologized. She has shown us time and time again that she’s only human, and that she has the good grace to say she’s sorry when she screws up. Good on you, Jen.

What do you think about Jen’s story and her way of handling it? Tell us @BritandCo!

Shea Lignitz
Shea can be found in the nearest bookstore or brewery, exploring the great outdoors, or blasting Led Zeppelin. She grew up in the cold and rain of Northern California's redwoods but is currently wandering around Texas.
Controversy
Celebrity News
Controversy Facebook