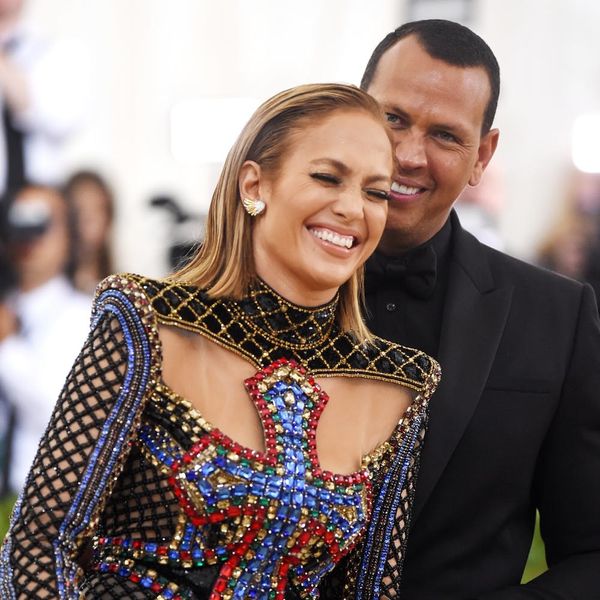 Jennifer Lopez is ready for forever. The singer hinted in a new interview that just over a year into her relationship with Alex Rodriguez, she’s thinking about the next step.

Appearing on The Tonight Show Starring Jimmy Fallon, Lopez confirmed that her new Spanish-language single, “El Anillo” — which translates to “the ring” — is about women who are waiting for their partner to lock it down. “Alex, are you watching?” Fallon joked, holding up a photo of the couple at the 2018 Met Gala. “Hello!”

“No pressure!” Lopez added, laughing along with the host. “The song is definitely about that, it is. But I felt like it was something that all women get to a point where they say, ‘Okay, what’s up?'” she continued, pointing to her ring finger. “Like, we’re good, everything’s great, what’s going on? Am I staying or am I [leaving]?'”

While the Shades of Blue star didn’t outright say that she’s ready to marry A-Rod, she also didn’t dispute Fallon’s conclusion. She said that she believes people know fairly quickly whether their partner is “The One” — but she also clarified that the same might not be true for everyone. “But don’t go by me!” she quipped, laughing. “I’ve made tons of mistakes!”

Fallon asked Lopez what kind of proposal she’d want, referencing the grand gesture that rapper (and fellow Met Gala attendee) 2 Chainz seemed to make to his longtime love Kesha Ward Epps on the red carpet. “I think I would want it to be a tiny bit more intimate,” she said.

JLo and A-Rod (or J-Rod, if you must) were first seen together in March 2017. They’ve been pretty much inseparable ever since.

Do you think A-Rod will propose to JLo soon? Let us know @BritandCo!