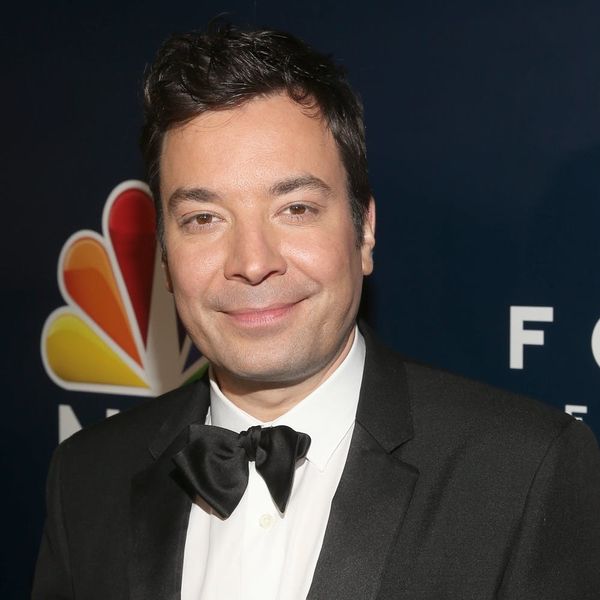 Jimmy Fallon returned to host The Tonight Show on Monday after canceling a week’s worth of shows due to the death of his mother, Gloria, on November 4. Fallon and his mom were very close, and the typically light-hearted host was visibly emotional as he took a moment to thank viewers for their support and talk a bit about the woman he has called his biggest fan.

“She was the best audience,” Fallon said. “She was the one I was always trying to make laugh, and she was such a fan of the show and everything I did.” He went on to tell a personal story about a childhood memory that has stuck with him, even as he was by his mom’s side in the hospital in her last days.

“When we were little, my mom would walk us to this store, me and my sister, and she would squeeze my hand three times and say, ‘I love you,’ and I would squeeze back, ‘I love you, too,'” he said, choked up, as he held back tears. “Last week I was in the hospital and I grabbed her hand and squeezed, ‘I love you.’ I just knew we were in trouble, you know?”

Fallon ended his tribute by promising to never stop trying to make his mom laugh.

The show also featured a surprise appearance from Taylor Swift, who performed her emotional new song “New Year’s Day.” According to Tonight Show producer Mike DiCenzo, Swift wasn’t scheduled to do the show, and her last-minute piano-accompanied rendition had everyone in tears.

“We wanted something special for this first show back, so we asked her on a complete whim, since she had been in town doing SNL,” DiCenzo tweeted. “She said yes with zero hesitation.”

“Suddenly she sings the line, ‘Squeeze my hand three times in the back of the taxi,'” he continued. “I nearly gasped. Tears. I think everyone in the audience started sobbing.”

Fallon and Swift shared an emotional hug at the end of the performance, which DiCenzo says was a genuine moment at the end of a meaningful night.

“I could see Jimmy silhouetted at his desk dabbing his eyes with a tissue,” he said. “We all lost it. It was a beautiful coincidence in a beautiful performance. ‘Hold on to your memories; they will hold on to you.'”

All our best to Fallon and his family.

Did you watch Jimmy Fallon’s return to his show? Let us know what you thought @BritandCo.