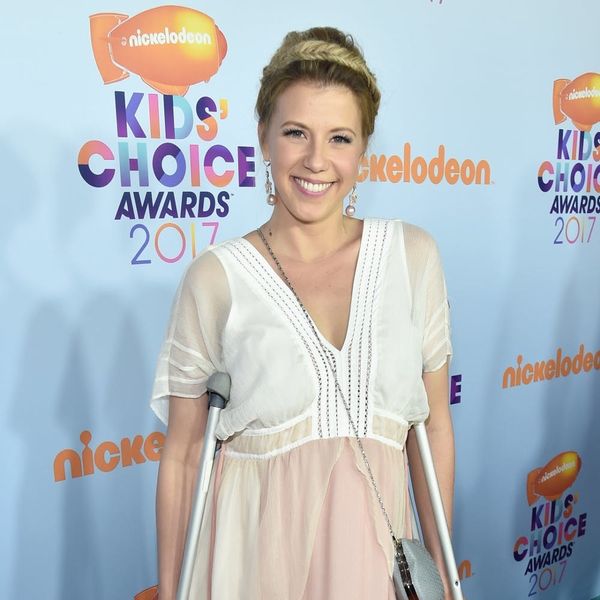 Fuller House’s Jodie Sweetin was surely beyond happy when news broke that she was engaged back in the beginning of 2016. But just days after letting fans in on the sad fact that she has split from her now ex-fiancé, things have taken a seriously scary turn.

According to People, the actress had to initially call the police when she told Justin Hodak that she was breaking off their engagement, and he in turn threatened to kill himself. Court documents state, “On March 18, 2017, Justin Hodak engaged in a violent argument with Jodie Sweetin at their then-shared residence… Hodak has a history of drug abuse, but had been sober for a time before the incident… However, Hodak had been using steroids and testosterone supplements, which made his temper worse, and on the night of the incident, was abusing alcohol and marijuana.”

It continued, “During the argument, he screamed at Sweetin using harshly abusive language. Sweetin then asked him to leave the house. He threatened to commit suicide if she made him leave. He escalated the conflict by pulling down a seven-foot bookcase, which blocked the doorway to the room that Sweetin was in, effectively trapping her there… [Hodak] then took out a nine millimeter pistol, and threatened to use it. He later left the house, taking the weapon with him.” So scary!!

While his weapon was confiscated by the police, the document also lists various criminal offenses that Hodak has served jail-time for, as well as admissions he made to Sweetin about further illegal activity. It also reveals other abusive behavior like becoming violent and throwing things at the actress, 87 harassing phone calls, and getting into a dispute with Warner Bros. security guards when he demanded to see his then-girlfriend.

And the trouble hasn’t ended now that they’ve broken up. Because of his aggressive behavior, Sweetin was forced to take out a restraining order on Hodak, which apparently hasn’t stopped him, as he was arrested Monday when police spotted him driving outside of the actress’s home.

His third arrest in just over a week, Hodak is supposed to appear in court on April 14, where he’ll hopefully finally get the message that he needs to leave Jodie Sweetin alone and get himself some help ASAP.