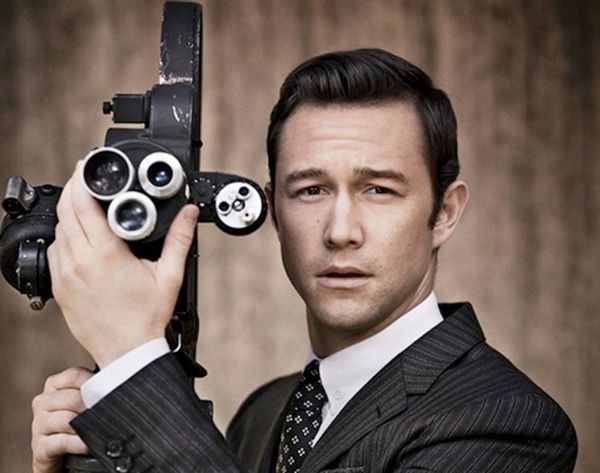 Suuure we know how you can win JGL’s camera — you can try prying it out of my cold, dead hands! JKJKJK, we really do have the secret to winning personal cameras from some of your favorite stars. Yes, including our BF Joseph Gordon-Levitt. And we swear it doesn’t involve fighting us to the death for it. A non profit in NYC is auctioning over 150 celebs’ cameras as part of the #NakedEye Camera Benefit and we are all about it.

MIX NYC gave 35mm disposable cameras to superstars like Joe, James Franco, Parker Posey, Modern Fam’s Julie Bowen and Jesse Tyler Ferguson, RIDER STRONG, Scandal’s Guillermo Diaz, the cast of Bob’s Burgers, OITNB star Lea DeLaria and Michael Cera. Some took them on set to snap behind-the-scenes glimpses of your favorite shows making their DVR-able sausage, others took them home and who knows what will be on James Franco’s. But that’s part of the fun! Similar to life/box of a chocolates, you won’t know what you’re going to get until you go to Walgreen’s to pick up the roll and get weird looks from all of the people working there.

All of the signed, undeveloped cameras are up for auction now on Ebay until May 22 and proceeds go to MIX NYC, the nonprofit home of the city’s longest running queer film fest, the New York Queer Experimental Film Festival.

The concept is pretty cool to keep in mind if A) you have a non profit, production or some other org in need of funds and B) know a lot of celebrities who owe you a favor. It reminds us of what people might do at weddings, but this is much, much cooler than seeing Uncle John flex his amateur photog skills. Sorry, Uncle John.

What celeb’s camera would you like to develop? We’ll take Solange’s please…

Lisa Raphael
In her past professional lives, Lisa has served the masses as the Editorial Director at Brit + Co, Bieber Whisperer at J-14, Golden Girls Fan Club Prez at Lifetime and Talk Show Host Understudy to Katie Couric. Now, she's taking on the sports world at The Relish, teaching Hairography 101 in her spare time and will forever be trying to fill the hole Zayn Malik left in her heart.
Camera
Tech
Camera