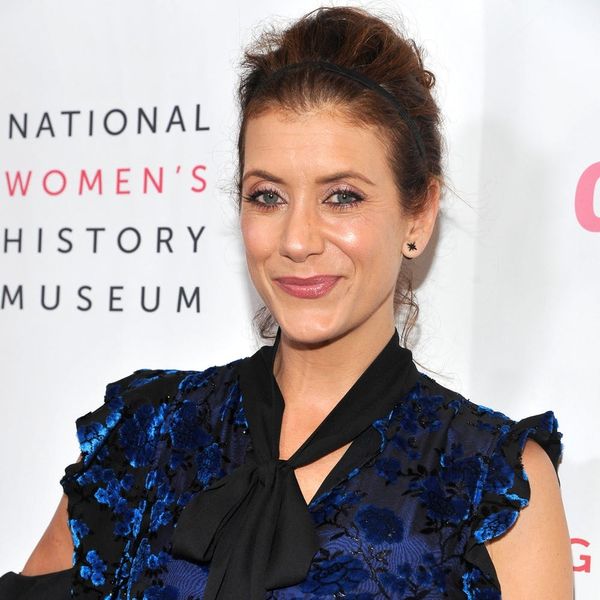 It was just this past July that Maria Menounos opened up about the operation she endured after finding out that she had a brain tumor. And now Kate Walsh has revealed that she too was diagnosed with a brain tumor, but has kept her health struggles private for two years.

Walsh, who is known for playing Dr. Addison Montgomery on Grey’s Anatomy from 2005 to 2012, started experiencing extreme exhaustion in 2015, though she at first chalked it up to a hectic work schedule and figured she just needed to switch up her diet. But when she realized that she was also having trouble finishing sentences and experiencing odd issues with the right side of her body, she began to suspect that something was really wrong.

“I got an MRI and thank God I did, because it turned out I had a very sizable brain tumor in my left frontal lobe. And three days later I was in surgery having it removed,” she told Cosmopolitan.

Though the lemon-sized tumor was found to be benign after surgery, the actress said she’ll never forget what it was like to hear the initial diagnosis. She recalled getting the news from her radiologist, telling Cosmo, “She starts to say, ‘Well, it looks like you have a very sizable brain tumor’ — and I just left my body. My assistant had driven me there, and I had to go get her so that she could take notes, because I was gone. It was never anything I would have imagined.”

The actress also said that her experience acting out scary medical situations on Grey’s Anatomy did nothing to ease her fears. “It was the total opposite! You’d think that after playing Dr. Addison for the better part of a decade, where I spent more time on a hospital set than at my house, that I would feel somehow more comfortable, but I was such a little scaredy-cat,” she told the mag.

“In the hospital, I felt like I might as well be six years old,” she added. “My mother gave me rosary beads, my friend gave me a stuffed animal to go into surgery with… I played a real badass on TV, but when it comes to being a patient, it’s such a vulnerable experience.”

We totally get that, TBH. And we’re thrilled that Walsh is doing much better these days, fully recovered and working with Cigna as part of their TV Doctors campaign (along with fellow Grey’s alum Patrick Dempsey and famous fake medical pros Neil Patrick Harris and Donald Faison) to encourage fans to get their annual check-ups and to advocate for their own health.

Can you relate to Kate Walsh’s feeling of vulnerability when it comes to being a patient? Let us know @BritandCo.