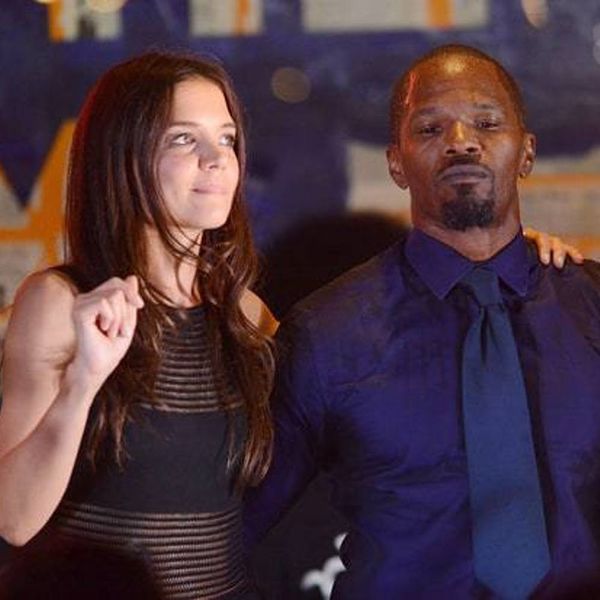 Buzz has surrounded 37-year-old Katie Holmes and 48-year-old Jamie Foxx ever since they were first seen dancing together and getting cozy on stage way back in 2013 during a charity event in the Hamptons.

And despite the fact that they’ve apparently been seeing each other that entire time, a source revealed to Us, “To make it impossible to get photo evidence that they are together, they traveled in cars with tinted windows and took secret back elevators. They had it down to a science.”

However, despite a Miami trip together to celebrate this past New Year’s, as well as a private getaway to Mexico for Holmes’ birthday in December, it now appears as if the actress is done with the secrecy. “Katie is tired of playing the hiding game.”

So, what does that mean for the famous pair? Well, apparently their recent date night out was the first of many, with the insider adding, “They’re going to go out to dinner more and are talking about a trip to Europe.”

While that sounds like something we’d love to see, we seriously can’t wait for their first red carpet appearance together. They are a truly beautiful couple, and while we totally respect their privacy, we also can’t wait to see a bit more of them out in public.

Are you surprised that Katie Holmes and Jamie Foxx might be about to make their relationship public? Let us know @BritandCo!