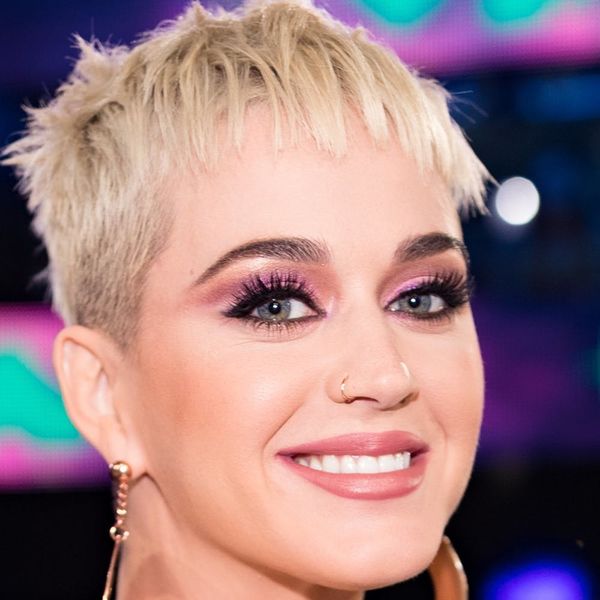 Katy Perry has cycled through hairstyles and colors almost as much as Kylie Jenner. She’s done blue, pink, brown, platinum blonde, and more. While her locks have typically been long, she went ultra short earlier this year with a liberating pixie cut. It looks like it might be the end of that, though, based on her recent Instagram story.

The “Swish Swish” singer posted a shot of her standing in front of a mirror wearing a sweater, a long jacket, and pinned-back tresses that just touched her shoulders. And frankly, it’s a stunning look for her!

She originally chopped her hair off because it was damaged from all the processing she’d put it through, and she admitted that it forced her to find the beauty in herself without being able to hide behind her strands. It looks like she might have been missing them, though, as she went with one of 2017’s most popular cuts.

It’s unclear whether it’s her real hair; it wouldn’t be the first time fans have been duped by a celeb “haircut.” Either way, Perry definitely rocks the look. Hopefully, it’ll stick around for a while, but knowing her, it won’t last long.

What’s been your favorite Katy Perry hairstyle so far? Tell us @BritandCo!

Shea Lignitz
Shea can be found in the nearest bookstore or brewery, exploring the great outdoors, or blasting Led Zeppelin. She grew up in the cold and rain of Northern California's redwoods but is currently wandering around Texas.
Celebrity Hair
Hair
Celebrity Hair Haircuts Lob Hairstyle
More From Hair