Keeping Up With the Kardashians Recap: Is DASH Closing?! 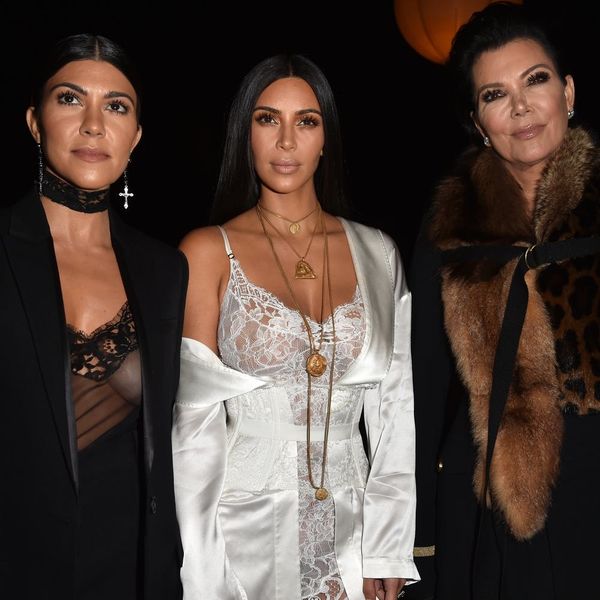 This season of Keeping Up With the Kardashians promises to be more drama-filled than ever, and we’re finally going to hear Kim break her silence on the robbery. Of course, that’s not going to happen in the first episode, but we still have our fair share of disagreements and arguments to go around!

We start off with Kourtney in the DASH New York location with longtime family friend, Jonathan Cheban. Crowds have been dying down, and she realizes just how outdated DASH’s merchandise is. The diamond-studded compacts and lip-embossed tote bags reflect a far more innocent time of bright neon Hervé Leger dresses and not so much the effortlessly cool and sleek minimalism that has become synonymous with the Kardashian brand. Never lacking in adorable observations, Mason concludes that the store is… “not good.” Whoops!

Meanwhile, in carefree Miami, Kourtney and Johnathan are joined by Simon Huck and Larsa Pippen for an impromptu haunting of their hotel, banging on doors and annoying the other guests. Ah, that’s the perfect Kardashian mischief we all look for. It’s even suggested they go skinny dipping, leading to the guys shouting “SHOW YOUR TITS!”

Scott and Kourtney have been trying to co-parent as a separated couple, which included them taking the kids (including their niece and nephew, North and Saint) to Disney World. But with the pair down in Miami, things get awkward over dinner when Scott jokes inappropriately about Kourtney’s hands-on parenting style. Kourtney’s overwhelmed because she doesn’t know how to act since she’s no longer responsible for Scott’s obnoxious behavior, so things get a little silent.

Khloé slides into the conversation that she went on vacay to Mexico with friends and her confirmed beau, Tristan Thompson (basketball player for the Cleveland Cavaliers). It seems like Khloé has a type! There were tonnes of paparazzi shots, but it appears they’ve upped their game as Khloé didn’t spot any of them! She’s concerned about her invasion of privacy, even within her own family, so she decides to keep it on the d/l.

Kim, being the natural spy she is, sits Khloé down to get to the bottom of this. Beginning her interrogation, Kim wants to know who’s Khloé’s new crew, but she knows better not to reveal anything to her gossipy older sister, so she coyly smiles, refusing to answer the question properly.

The three sisters being together in Miami gives them a chance to follow up on modernizing DASH. Though, it wouldn’t be KUWTK without some major disagreements. Kim informs the other two that a major department store has offered to buy DASH and sell their merchandise in every one of their large stores. Khloé supports this straight away, but Kourtney immediately gets her back up. DASH is her pride that she built from the bottom up and she wants to improve the store locations before giving in and selling the brand to someone whose name isn’t attached to it.

Kourtney wants to start setting firmer boundaries with her and Scott, firmly saying no to him attending Kim’s assistant’s birthday dinner. She doesn’t want to be known as his partner, prioritizing herself and separating his time.

Kim continues her covert operation, sniffing around Khloé’s hotel room. She spots that Khloé has an excess of men’s Pablo shirts and hoodies in XXL sizes, and though they’re all known to wear large men’s clothing, something doesn’t add up… then, Kim points out an abundance of bruising on Khloé’s legs, so she gets kicked out and told to “Mind your f*cking business.” I think we all know that’s impossible for Kim to do, Khloé. She even resorts to making the rest of the crew promise not to tell Kim a thing about her new relationship over lunch because she’s loving winding up Kim.

At DASH’s Miami location, Kim and Khloé decide to appease Kourtney a little bit by indulging her request to update the stores. The amount of restructuring needed to be done is frightening Kim and Khloé, who think the best solution would be to close the stores. Remember those diamanté-studded compacts I referred earlier? Kim wants to get rid of them by giving them out as a gift with purchase, but the sales assistant informs them that everything at the cash wrap sells well. Despite this, Kim doesn’t want to order any more in, which irks Kourtney.

At Kim’s assistant Stephanie’s birthday dinner, Scott keeps texting Kim and Khloé asking where they are and what they’re doing. Kourtney demands they don’t respond, but Khloé feels bad about lying to him. Scott shares a lot of mutual friends and they’re unsure of where he’s allowed to be invited.

Khloé concedes to Kourtney, suggesting she just take over DASH herself. Kourtney reveals however that she wants to revamp the brand and make an app where you can shop online. Khloé doesn’t really care for that, though, “How long is this going to take? Four years? You move like a f*cking slug.” Let’s just say it ended with a LOT of indecipherable yelling. Sisterly love never changes, does it?

Kourtney sits down with Kim (who is sat on the toilet in a robe sniffing perfume samples), to have a mature and calm conversation about the future of DASH. She says that the stores hold a sentimental place in her heart and that it was the first venture they did together as sisters after their dad passed away.

Scott texts Kim saying he wasn’t attending Kanye’s Miami concert because he wants to give Kourtney space and Kim advises Kourtney to try harder when he’s around. She doesn’t have to talk to him, but he’s going to be there. Of course, Kourtney learns her lesson, inviting him by saying, “I don’t want to have a Mean Girls situation and not include Scott.” Some analogies never grow old.

Back in Los Angeles, Scott confronts Kourtney about the passive-aggressiveness she’s been showing him in social situations, especially in Miami. He admits he doesn’t know how to act either because Kourtney feels she has to walk on eggshells around him but doesn’t tell him this.

In the final scene, we FINALLY get an appearance from Momma Kris, who’s making cinnamon rolls. They try to figure out once and for all what to do with DASH. Kim feels they should close the New York location as they’re branching out into online sales. Reevaluating what DASH means to them, they decide to put more attention and effort into the Miami store. See, happy endings do exist for rich people. Sort of.

Have you ever had to make a tough family compromise? Tell us about it @BritandCo!

Sarah Sahim
Sarah Sahim is a culture writer based in Birmingham, UK. It's hard to pin down her interests, but chances are if pretentious people hate it, she'll love it.
Kardashians
Pop Culture
Kardashians TV Recaps
More From Pop Culture