Not Everyone Is Happy With Kendall Jenner’s “Fashion of the Decade” Award Win: Here’s Why 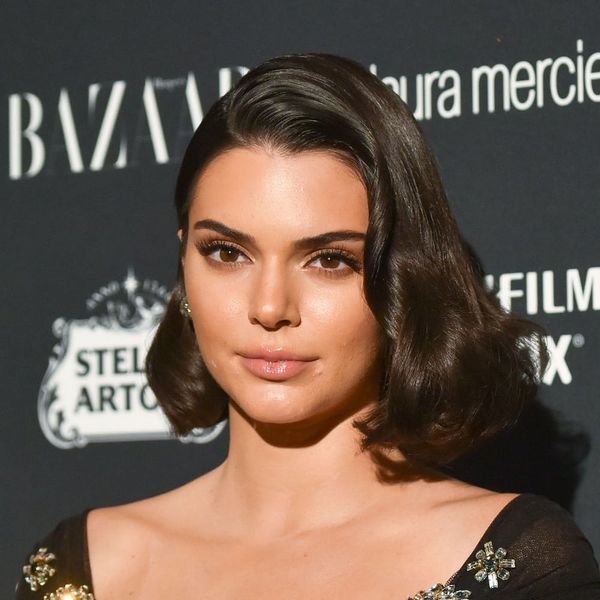 Last night was a special one for supermodel Kendall Jenner. With mom Kris Jenner and sister Kim Kardashian West by her side, the 21-year-old was honored by the Daily Front Row, who bestowed upon her a very prestigious award at its fifth annual Fashion Media Awards: “Fashion of the Decade.”

While the reality star was no doubt honored, posing in her stunning Giambattista Valli Couture gown with the award on her bed in a post captioned, “Thank you! Thank you!”, others weren’t so impressed.

In fact, some were downright baffled by the fact that the budding photographer has yet to work in the industry for a full decade (Jenner was just 11 years old 10 years ago), yet had received an award they perceived to be representative of the last 10 years of fashion.

Kendall Jenner wins Fashion Icon Award of the Decade … but 10 years ago she was 10yo!!! Is someone out to deliberately humiliate her?

How did Kendall Jenner get Fashion Icon of the Decade award…. when she’s only been “fashionable” for MAYBE 5-ish years?

Sorry but WHY did Kendall Jenner win the Fashion icon of the decade award???¿¿

Someone gave Kendall Jenner a fashion icon of the decade award and I have so many questions. pic.twitter.com/bqDBq4DIpH

Lemme just be honest for a second… HOW could Kendall Jenner get the Fashion Icon of the Decade award…? pic.twitter.com/mCzFufE2dx

The outlet explained its decision to the Huffington Post in a statement saying, “We’re living in a digital decade and Kendall is the ultimate style influencer. The digital generation more than ever turns to social media to learn what’s next and Kendall has 83 million devoted followers, many of whom emulate her style.”

What’s more, the publication notes that “Kendall has also captured the hearts of the leading fashion magazines, photographers, and brands. A fashion icon is someone who influences the look of a generation and Kendall has been making a huge impact on their style. It’s noteworthy that fashion Bible Vogue has called her the breakout model of her generation and put her on the cover of their September issue in 2016.”

in a room with a bunch of people I love, looking at this cover made me cry. I FUCKING DID IT. SEPTEMBER VOGUE. this is the coolest thing ever! can't thank you enough Anna, for giving me the honor. @voguemagazine’s September issue, photographed by @mertalas and @macpiggott and styled by @tonnegood! See the cover story and photos in the link in my bio. ❤️

In short? They’re championing the young fashionista as a style warrior with a lasting impact on her current generation as opposed to honoring her personal style over the last 10 years, and in that respect, we see their point: Girl DOES seem to have a way with the trends!

Congratulations to Kendall on her big win!

How do you feel about the Daily Front Row’s choice? Tell us over @BritandCo.

Nicole Briese
Nicole is the weekend editor for Brit + Co who loves bringing you all the latest buzz. When she's not busy typing away into the wee hours, you can usually find her canoodling with her fur babies, rooting around in a bookstore, or rocking out at a concert of some sort (Guns N' Roses forever!). Check out all her latest musings and past work at nicolebjean.com.
Celebrity Style
Style News
Celebrity Style Kardashians Kendall Jenner Style
More From Style News