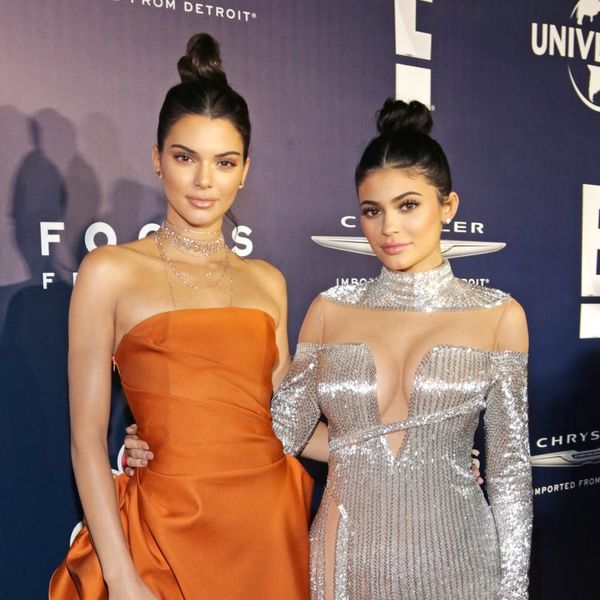 Life has been pretty scary for the Kardashian-Jenner family lately, even beyond Kim’s terrifying robbery in Paris and the burglary in Kendall’s very own home. But now, in two new clips released from Keeping Up With the Kardashians, we’ve been given a glimpse at both Kendall and Kylie Jenner having their own separate meltdowns over an alleged stalker and possible break-in.

While sitting down with her mom, Kris Jenner, and (on-again-off-again) brother-in-law, Scott Disick, the 21-year-old Kendall revealed the deets behind her scary stalking sitch, saying, “So, I came home one night and there was a guy sitting on the side of my street, and I was like, ‘That’s so weird.’ He just looked like a homeless man.”

She continued, “I drove around and went into my house and I watched the gate close. I turned my car off, getting my stuff together. I’m about to open my door and I look in my rear-view mirror and he was standing right there.” Yikes!

But she’s not the only sister who’s faced a breach of security at home recently. Little sister, 19-year-old Kylie, had her own meltdown when there was an apparent break-in at her house. With the cameras rolling, Kris had both Kylie and boyfriend, Corey Gamble, on the phone. Though mama Kris was fully ready and willing to take the matter into her own hands.

You can catch both clips and surely even more drama from the famous family on Keeping Up With the Kardashians, Sunday at 9pm ET/PT on E!

How would you have reacted in Kendall and Kylie’s place? Let us know @BritandCo!

Desiree O
Desirée O is a ‘Professional Bohemian’ who loves anything and everything related to the arts, entertainment, and pop culture. She ADORES being a ‘Newsy’ for Brit + Co, covering all of the latest tidbits of awesomeness that you want to read about. When she’s not writing, she’s either making messy art, going on long adventurous walks with her camera, or poking around over at bohemianizm (http://www.bohemianizm.com/). You can find out about Desirée O and her work at http://DesireeO.com/ or follow her on Twitter @DesireeO.
Kardashians
Pop Culture
Kardashians
More From Pop Culture