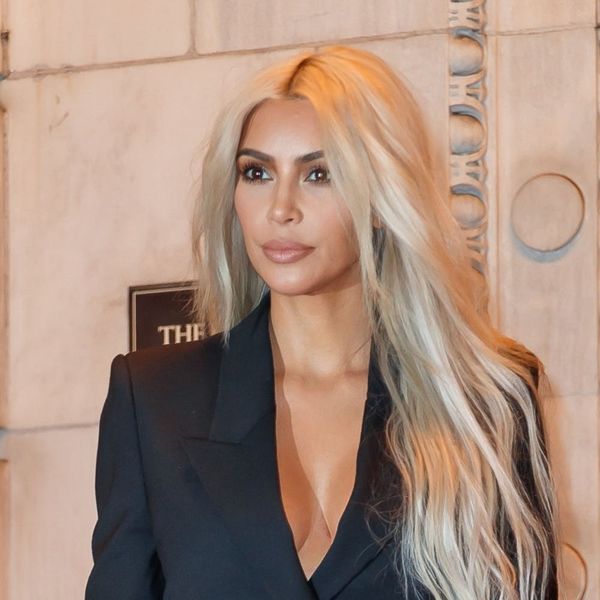 Since her diagnosis in 2010, Kim Kardashian West has tried a slew of different ways to treat psoriasis, a common skin condition that currently affects more than 7.5 million people in the US.

The condition occurs when skin cells pile up on the skin’s surface causing patches of inflammation and redness. “After having had it for over seven years, I feel like I’ve accepted it, but there are still times when I can feel insecure about it,” Kardashian West says in a recent post on her app.

But she does have a support network. “My mom has psoriasis too (it’s hereditary), so she’s helped me learn how to live with and treat the disease,” writes the reality star. Because there is no cure, she’s turned to a number of different experimental methods — and some are pretty kooky. “One time, I even tried using Kourt’s breast milk, lol!” she admitted.

But some treatments have been more effective than others. “Things I’ve tried that do help are following a low-acid diet, cortisone shots, topical cortisone creams and seaweed-based skincare products,” write the 36-year-old.

“When I was first diagnosed with psoriasis, a dermatologist suggested that I get a cortisone shot to combat inflammation. I’ve found that this treatment works really well,” she says. But in case you don’t have that reality show money for a derm visit every time there’s a flare up, you can also pick up one of her treatments at the drugstore. “Every night, I also use a topical cortisone cream. This eases irritation and reduces redness on the skin,” she adds.

“As a skincare ingredient, seaweed has amazing anti-inflammatory properties,” says Kardashian West. “[It’s] also extremely high in moisture, which is great for those suffering from psoriasis, as the disease tends to dry out the skin. Seaweed is so soothing too — I use it to treat spots that are especially irritating, red or flakey.”

Have you ever tried seaweed skincare products? Tweet us and tell us your story @BritandCo!

Lindsey Graham-Jones
Lindsey is a lover of all things animal print, a surfer of knee-high waves, and a seeker of sunshine.
Celebrities
Beauty News
Celebrities Celebrity Beauty Kardashians