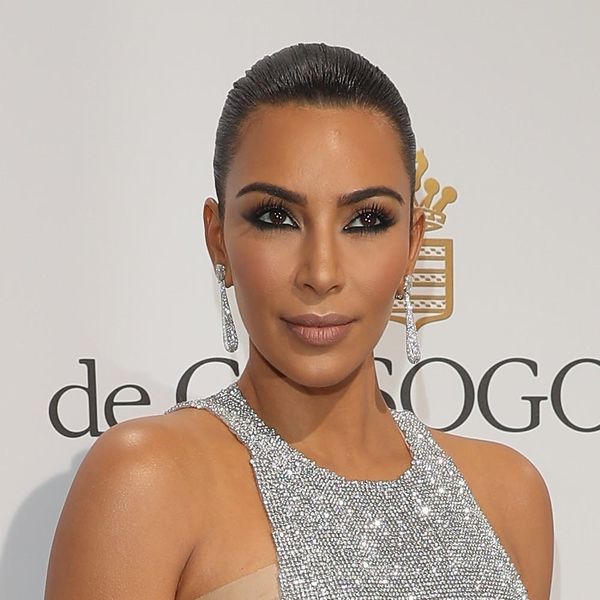 Kim Kardashian isn’t usually one to step away from the drama in her own life (prime example: Taylor Swift secret video leaks), so naturally, she’s decided to step into the drama between her bro, Rob Kardashian, and his pregnant fiancée, Blac Chyna. Or did she? Just days after Rob deleted all traces of Blac from his Instagram account, Kim has posted her own video showing herself along with new bestie, Blac Chyna.

In the Snapchat (and and Instagram post, natch) of the hangs with her soon-to-be sister-in-law, Kim gives her signature sultry stare to fans while letting them know that “it’s going down in San Diego toniiight.” Blac Chyna, who’s standing behind Kim wearing a form-fitting white dress with her on-point blunt bangs, pitches in a “woo!” while rubbing her belly. Kim angles the camera so we can see her also give the baby bump a little caress in a very aunt-like way. So sweet!

In the Snap and Insta, there are really no traces of drama. If there is a fight brewing between Blac and Rob, Kim isn’t having any of it.

What do you think about Kim posting a vid with Blac while there’s drama brewing with Rob? Tweet us @BritandCo!