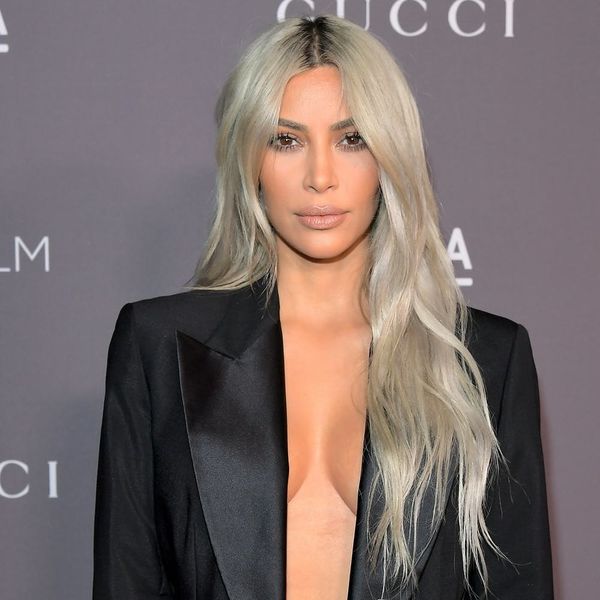 Kim Kardashian West looks like a whole new woman! In the midst of her 25 Days of Christmas bonanza, the makeup mogul took some time out to show off a freshly cut, blonde bobbed ‘do that had us doing a double take.

In a blink-and-you-might-miss-it moment, the reality star, who cut her locks as recently as three days ago according to stylist Chris Appleton’s page, revealed an even SHORTER chop on Snapchat, saying, “I cut my hair even shorter today. Do we like it? Is it too short?”

She also showed off her coif, now up to her collarbone, over on Instagram stories while wearing a cute bunny filter.

It was quite the change for the soon-to-be mother-of-three, who, until recently, has been sporting locks as long as Cher’s (all the better to dress up as the music legend for Halloween!) that reached well past her décolletage.

The new style also had many flashing back to one the 37-year-old’s youngest sis wore on the red carpet back in May for the annual Met Gala at the behest of designer Donatella Versace.

We, for one, think both ladies look fantastic with their shorter tresses: Sisters through and through!

What do you think of Kim’s new ‘do? Share with us over @BritandCo.

Nicole Briese
Nicole is the weekend editor for Brit + Co who loves bringing you all the latest buzz. When she's not busy typing away into the wee hours, you can usually find her canoodling with her fur babies, rooting around in a bookstore, or rocking out at a concert of some sort (Guns N' Roses forever!). Check out all her latest musings and past work at nicolebjean.com.
Celebrity Hair
Hair
Celebrity Hair Hair Haircuts Kardashians Kylie Jenner