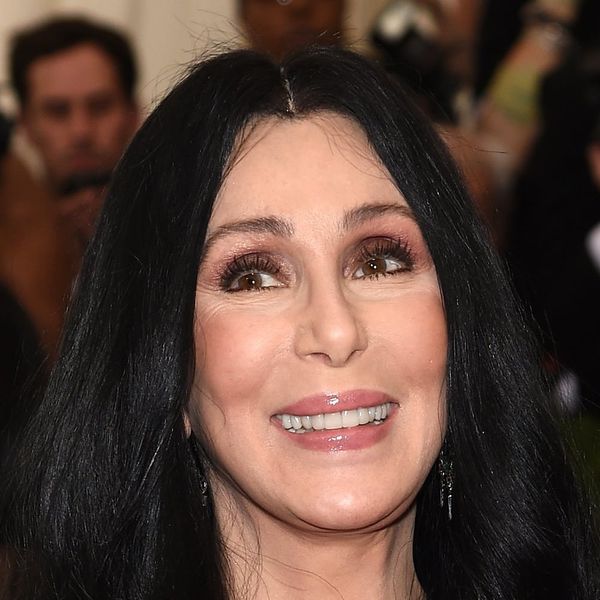 Kim Kardashian West has been living her best life as of late… all while dressed as other famous people. In the past few weeks, she’s channeled a ‘90s Lil’ Kim for the CR Fashion Book, one Jacqueline Kennedy for the cover of Interview, and music legend Cher for Harper’s Bazaar.

While the world has offered up PLENTY of opinions on all three shoots, there’s one in particular that holds slightly more weight than all the others: that of Cher herself.

The ‘70s songbird has just offered up HER take on the iconic photoshoot by photographer Mariano Vivanco, which featured plenty of sequined minis, flowing tops, and jet black hair for days, and it’s probably not the one that you’d expect.

Replying to a fan’s post of black and white side-by-side images of the modern fashionista and her muse, Cher gave her official stamp of approval (and offered up a little of the history behind one of the original snaps in the process).

@KimKardashian thank you so much for make this pics inspires in my muse @Cher!!! 😍😍👌🏻👌🏻❤️❤️ pic.twitter.com/VtobS4FOKh

“<3 this pic,” she began. “Playing with mesh diamond band Dave gave me to roll through fingers instead of 🚬 ;)” And as for Kim? “My little Armenian. Sister did us both proud.”

Kardashian West, likewise, had nothing but good things to say about the “Ooga Boo” singer. “She’s always had the sickest style, I’m obsessed with her,” she told Harper’s. “To think that she was wearing these sheer dresses in the ‘70s and just what people must have thought back then.”

Are you surprised Cher was into the shoot? Tell us over @BritandCo.

Nicole Briese
Nicole is the weekend editor for Brit + Co who loves bringing you all the latest buzz. When she's not busy typing away into the wee hours, you can usually find her canoodling with her fur babies, rooting around in a bookstore, or rocking out at a concert of some sort (Guns N' Roses forever!). Check out all her latest musings and past work at nicolebjean.com.
Celebrities
Celebrity News
Celebrities Friends Kardashians
More From Celebrity News