KIND Might Be Coming Out With a Wine-Flavored Snack Bar 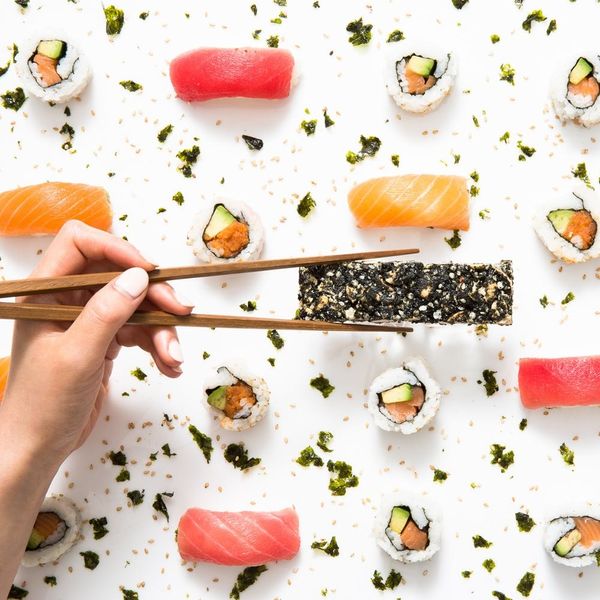 Hungry, but on the go? There’s a bar for that. Lunch time, but you’re on a roll at work? Yep, there’s a bar for that too. There’s no shortage of flavors to choose from, surely, but what if you want to design your own? KIND Bar, for all their delicious nutty and fruity concoctions, is here to make your dreams come true.

From now through May 31, you can participate in the company’s first ever “Raise the Bar” contest. Participants will vote for one of four flavors: Sangria, Sesame Seaweed Wasabi, Pistachio Cardamom Fig, and Sweet Pretzel Crunch. (And in case you don’t know which one to vote for, we actually test them out for you in the video above.)

KIND will then make a limited batch of the top choice and ship it out to voters later this summer. As of now, the only way you’ll receive a bar is if you participate, although if the winner generates enough interest, it just might go into mass production. So tell all your pals!

In honor of their campaign, the company released a cheeky PSA produced by The Onion and hosted by celebrity chef Daphne Oz to raise awareness of Restless Palate Syndrome (RPS). Yes, it’s made up, but for anyone who groans at the thought of ordering yet another grilled chicken salad, you can relate.

Just head over to the contest website to cast your vote by May 31. Remember: If a flavor gets enough votes, it just might show up on the shelves of your local grocery store!

What do you think of KIND’s contest? Will you vote for a flavor? Tell us @BritandCo!

Shea Lignitz
Shea can be found in the nearest bookstore or brewery, exploring the great outdoors, or blasting Led Zeppelin. She grew up in the cold and rain of Northern California's redwoods but is currently wandering around Texas.
Contest
Food News
Contest Snacks
The Conversation