Kourtney Kardashian Just Got Her Most Drastic Haircut in Years 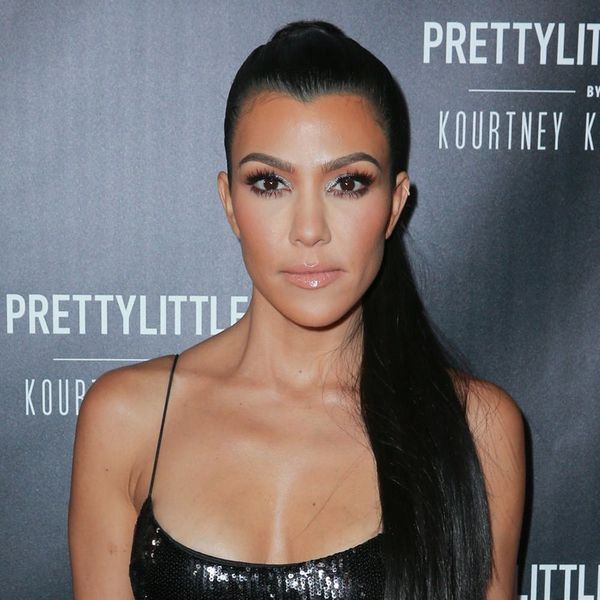 Of all the members of the Kardashian clan, Kourtney seems to be the most consistent when it comes to her look. The last time we saw a change to the 38-year-old’s long, dark tresses, it was for a Jimmy Kimmel Live! skit, for which she donned a lengthy blond wig. Now, she’s changed things up for real, going under the scissors for a brand new, sleek AF lob.

Under the guise of showing off her new crying Kimoji cell phone case, the reality star took to Instagram to show off her brand new look. Gone were the flowing locks the mother of three appeared to be sporting just a day earlier, replaced instead by a polished, shoulder-length ‘do that came just past her shoulders. “Don’t worry, I ordered a new phone case last night,” she joked.

Hairstylist Andrew Fitzsimons confirmed that the chop was for real, posting the same shot as Kardashian, along with some rather telling emojis. “HairxAndrew,” he wrote.

It was a bold move for the eldest Kardashian sis, who told Refinery 29 just last year that she just likes herself best with “dark, long hair.” “It’s timeless and you don’t get sick of it,” she explained. “People will comment if I wear my hair down the middle and straight. They’ll be like, ‘Switch it up, already,’ but I just like it.”

Now, it looks like she’s silenced her critics once and for all.

We, for one, think she looks gorge.

What do you think of Kourt’s new ‘do? Share with us over @BritandCo.

Nicole Briese
Nicole is the weekend editor for Brit + Co who loves bringing you all the latest buzz. When she's not busy typing away into the wee hours, you can usually find her canoodling with her fur babies, rooting around in a bookstore, or rocking out at a concert of some sort (Guns N' Roses forever!). Check out all her latest musings and past work at nicolebjean.com.
Celebrity Hair
Hair
Celebrity Hair Haircuts Kardashians
More From Hair