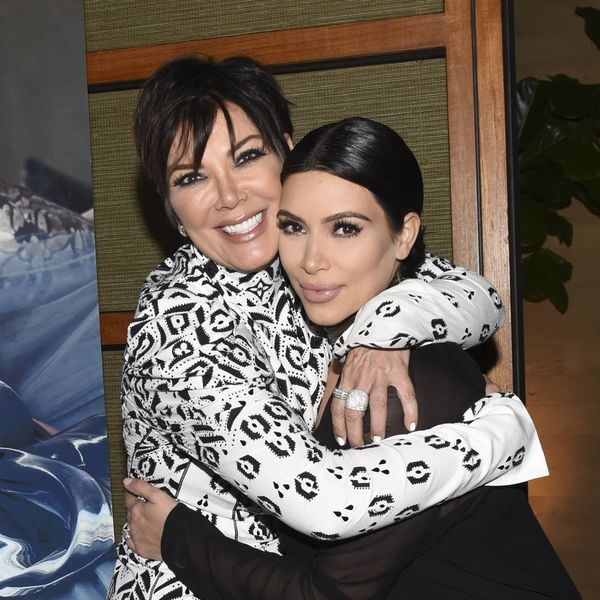 Ever since Kim Kardashian was robbed at gunpoint in Paris last fall, the way she interacts with her fans, and the public in general, has really changed. Kardashian wears less jewelry now, for one thing, and has a much smaller social media presence, in part because of the attacker’s reliance on her posts to track her before the robbery. In a roundtable interview for the Hollywood Reporter, Kris Jenner explained how the Paris robbery affected the whole family.

“Not only do we now have an enormous amount of security — everyone is armed and licensed,” Jenner told RuPaul, Leah Remini, and the rest of her fellow unscripted TV stars on the roundtable. “It’s legit companies that protect all of us — but also the way that we deal with our lives on social media took a huge turn: what we show, what we don’t show.”

Tonight's episode is going to be very tough for me. However, I thought it was important to share this story through my eyes & not in an interview where my own words could be twisted. I have always shared so much & I'm not going to hold back when this was probably one of the most life changing experiences for me. I would never wish this experience upon anyone, but have learned some valuable lessons & feel so blessed to be safe home with my babies & husband. To my friends, family, and loved ones I can't thank you enough for being there when I needed you the most. To the French police, thank you for your incredible hard work. *This was our last family photo taken in Paris

“If we go to Disneyland, we’re not snapping pictures with Dumbo; we’ll wait until we leave and then share something we want to share. But it also gave us great pause about what to share,” Jenner continued, detailing how the robbery shifted the whole family’s life, not just Kim’s. “There is nothing wrong with working hard and getting something wonderful for yourself if you want to or that’s what you’re into, but I think the way that we share it with other people really changed. You think five times about what you’re going to put out there on social media.”

It may be smart for them to be more mindful of what they post, but it’s super upsetting that they can’t document their lives for fear of being robbed again. We’re just glad that, despite the fact that they have to be more selective of what they share, they’re still enjoying themselves with trips to Disneyland and all of the family fun they’re used to, even if we don’t get to see quite as much of it.

Do you hesitate before posting your whereabouts on social media? Let us know on Twitter @BritandCo.