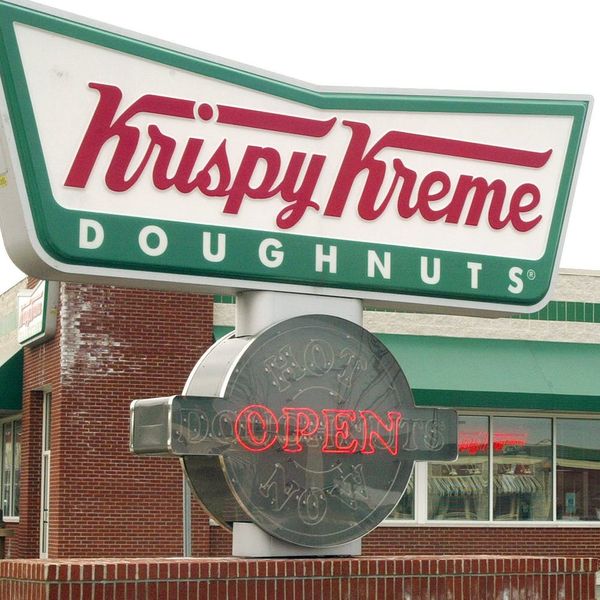 When it comes to our fave sugary treats, donuts definitely rank right up there near the top. Needless to say, we’re always up for a new spin on the old favorite, especially when it comes from Krispy Kreme. The same baked treat shop that brought us peanut butter and chocolate and birthday cake confections has just announced its newest addition to its flavor lineup, and our mouths are already watering.

The company allowed its fans to vote last week between potential flavors of blueberry, caramel, lemon, or maple. Nearly two million votes later, the people have spoken, with Maple coming in last with 18 percent of the vote (womp, womp), followed by blueberry (20 percent), and caramel (26 percent). That left one glorious winner, with a whopping 36 percent of the vote — lemon!

We tallied every tasty vote and YOU picked our newest glaze! Link in bio. 🍋 (US/CAN)

Though we may have to wait awhile to see the fruit (pun intended) of their labor, the Krispy Kreme innovation team is hard at work creating glazed lemony goodness, but come springtime, you’ll be able to catch it for one glorious week at participating Krispy Kreme stores (The donut chain will release exact dates next season).

If you were pulling for caramel or maple, however, not to fret: As Jackie Woodward, CMO of Krispy Kreme, explained, “Lemon won the vote, but we can’t glaze over the fact that the other three flavors all received a lot of support, even beyond the votes,” she said. “Our fans’ passion for these flavors — and others — came through loud and clear on social media. So while the polls are closed, our minds are not.”

What do you think of the new flavor? Tell us @BritandCo!

Shea Lignitz
Shea can be found in the nearest bookstore or brewery, exploring the great outdoors, or blasting Led Zeppelin. She grew up in the cold and rain of Northern California's redwoods but is currently wandering around Texas.
Foodie
Food News
Foodie New Food Alert Sweets
The Conversation
More From Food News