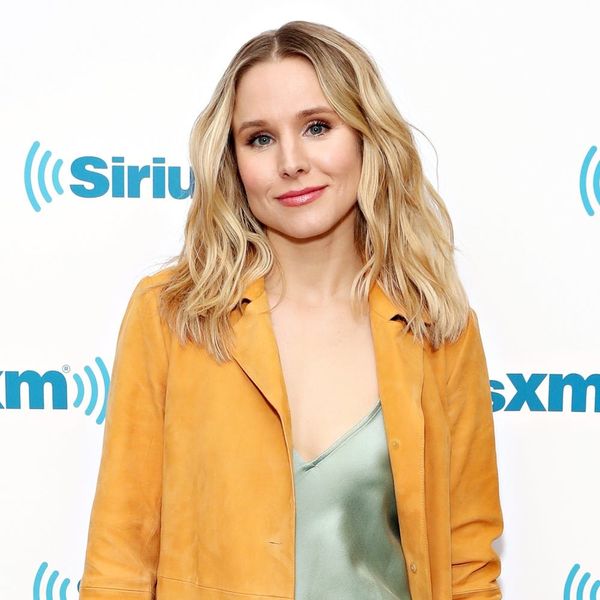 Hollywood is scissor-happy these days, and the cut of choice is none-other than the lob. Stars including Bella Hadid, Mila Kunis, and Ashley Graham have all jumped on the mid-length bob’s bandwagon, and now Kristen Bell, who debuted the semi-short style on March 10, is its latest convert. (Photo via Cindy Ord/ Getty)

Your mom got a hair cut and she is FEELING IT. (Cut by @jennychohair)

The Good Place actress took to Instagram on Sunday, March 10, to debut her new sharp ‘do, which is three to four inches shorter than what she’s been sporting lately. Bell, who shares two kids with Dax Shepard, wrote, “Your mom got a hair cut and she is FEELING IT.” She credited the chop to her go-to celebrity hairstylist Jenny Cho, who posted the transformation via a timelapse video on Instagram.

There’s nothing like a fresh cut. #kristenbell #haircut #lob

Bell, who recently launched Hello Bello, a line of baby products at Walmart with Shepard, isn’t the only one snipping her strands in Hollywood this year. Mandy Moore and Anne Hathaway have left their longer lengths in the dust in favor of shorter styles.

Jen Hussein
Jen is the poster child of a style & beauty junkie — from the latest eyeshadow palette launch to the wildest moments from NYFW, she's one of the first to know about it. As a proud public school graduate from SUNY New Paltz, her work has been featured in top publications such as PAPER Magazine, INSIDER, and COOLS. When she's not swatching the latest highlighters and lipsticks, she's busy being a cat mom, sipping on rosé, and binge-watching Netflix cooking shows.
Celebrity Beauty
Beauty News
Celebrity Beauty Celebrity Hair Haircuts Lob Hairstyle
More From Beauty News