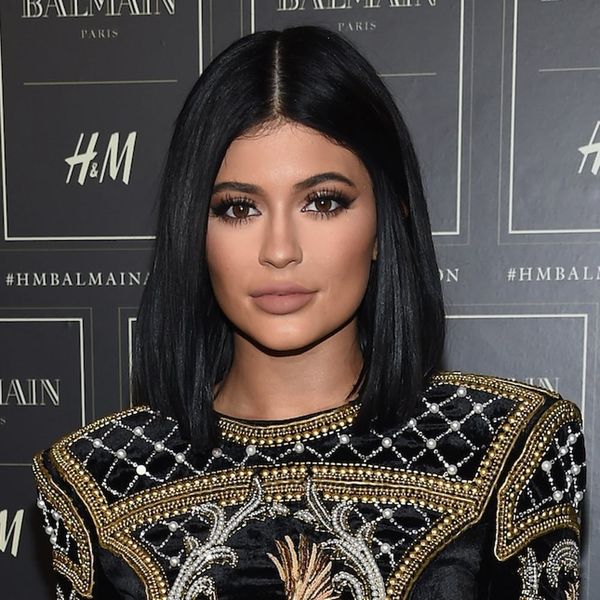 Kylie Jenner is in New York City at the moment for a couple of very important reasons — Caitlyn Jenner was an honoree at last night’s Glamour’s Women of the Year Awards and also because big sis Kendall is strapping on her wings and walking the Victoria’s Secret Fashion Show tonight as a VS Angel for the first time. Since the 18-year-old is already in the concrete jungle and all, she might as well pay a visit to one of New York’s most famous tattoo artists, Keith McCurdy, better known as Bang Bang.

Bang Bang opened up his studio down in Manhattan’s Lower East Side this year, but he’s been in the tattoo game for quite some time — and has inked the likes of everyone from Rihanna to Cara Delevingne. On RiRi, he did that little gun tatt. Because his name is Bang Bang. Get it? As for Cara, he’s the man responsible for her stunningly realistic black-and-white lion finger tattoo.

Last night, Kylie stopped by Bang Bang’s studio and got something inked on her lower back. So far, we don’t have any pics of the ink, but she did document a portion of the process on her Snapchat. Then, things got really interesting.

Kylie got behind the tattoo gun and etched a red crown over the initial “K” onto Bang Bang’s shin. She shared her first time flexing this creative muscle on Snapchat with her legions of fans. Hey, if this reality star thing doesn’t work out, it looks like Kylie could try her hand at being a tattoo artist. In one of Kylie’s videos, Bang Bang compliments her for actually being “really steady” with her hand.

What do you think of Kylie as a tattoo artist? Tell us in the comments below!

Kimberly Wang
Kimberly Wang writes about all things pop culture, tech, style, and beauty. She's a Bay Area transplant and has an MFA in Creative Writing from Columbia University. On a sunny New York day, you can find her hanging out with her mini schnauzer Isabelle Jellybean on a blanket in Central Park.
Tattoos
Pop Culture
Tattoos