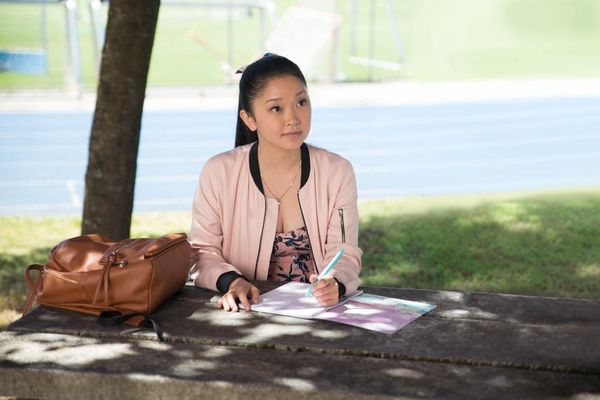 It hasn’t even been three months since Netflix changed the rom-com game with To All the Boys I’ve Loved Before, but fans of the teen flick are already eager for a sequel — and so is the film’s star, Lana Condor.

“We all want a sequel,” Condor recently told ET of the cast, including her on-screen sisters Anna Cathcart and Janel Parrish as well as, of course, Noah Centineo.

Condor is confident that Netflix will pick up a sequel of the film given the favorable fan reaction to the first. But she also expressed concern that if it doesn’t happen soon, the talented young cast may be too committed to other projects to make the movie happen in the near future.

“They better hop on it pretty soon because Noah and I — I’m on the show [Deadly Class]. I’m doing a movie in Romania,” she said of her own busy schedule. “He’s doing Charlie’s Angels. He’s doing another movie that he just booked. It comes down to availability and I hope they lock us in soon.”

Condor also pointed out that Parrish is tied up with the Pretty Little Liars spinoff The Perfectionists, which is set to air on Freeform sometime in 2019. “They really gotta lock it down, I’m telling ya!” she said with a laugh.

Centineo — who won viewers’ hearts with his portrayal of Condor’s on-screen love interest, Peter Kavinsky — also recently spoke about his eagerness to do a sequel. “All I know is that every single person involved in the making of that film wants a sequel,” he told Variety. “We’ve all talked about it in depth. I’ll do as many as they want me [to do]!”

Do you hope Netflix makes a To All the Boys I’ve Loved Before sequel? Let us know @BritandCo!