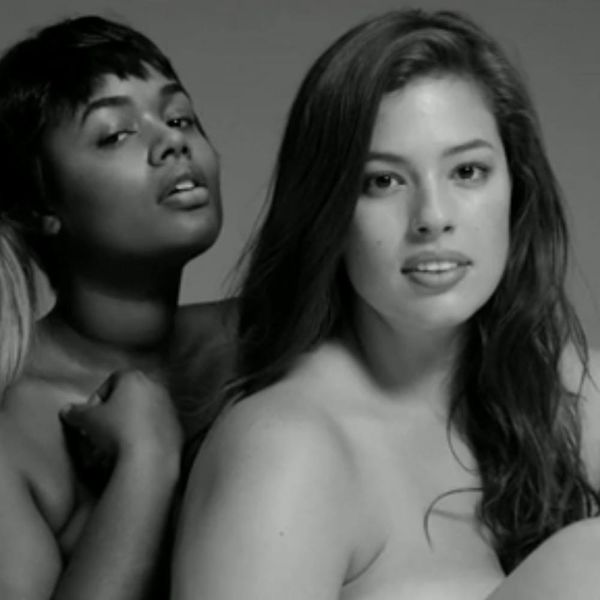 While it seems like the world has made strides in body positivity, there are times when it feels like we take 10 steps back. You might be a bit irked to find out that TV networks are refusing to air an epically awesome ad all about loving our bodies. In the ad for Lane Bryant’s Spring 2016 THIS BODY campaign, gorgeous plus-size models like Ashley Graham – who recently wowed the world with her Sports Illustrated cover – confidently show off their bodies.

The networks didn’t want you to see this. But we do. Share. Tag. Show everyone what #ThisBody’s made for. pic.twitter.com/1uZ4ZV1eNi

The ad includes ladies of various shapes and sizes, and even features one who’s breastfeeding while remaining totally comfortable and confident. NBC released a statement regarding their decision to reject the ad, citing it violated “broadcast indecency guidelines.” Looks like #thisbody is making NBC uncomfortable.

“The THIS BODY campaign was meant to be a fun way for us to celebrate and honor women of all shapes and sizes,” a representative for Lane Bryant told People. “What is too much for some does not hold true for others. All women should be celebrated and feel empowered to express themselves as they see fit. We want her to know she can attract as much media attention, look just as striking as any woman and decide what beautiful means to her.”

Desiree O
Desirée O is a ‘Professional Bohemian’ who loves anything and everything related to the arts, entertainment, and pop culture. She ADORES being a ‘Newsy’ for Brit + Co, covering all of the latest tidbits of awesomeness that you want to read about. When she’s not writing, she’s either making messy art, going on long adventurous walks with her camera, or poking around over at bohemianizm (http://www.bohemianizm.com/). You can find out about Desirée O and her work at http://DesireeO.com/ or follow her on Twitter @DesireeO.
Body Positive
Most Recent
Body Positive Plus Size