Lauren Conrad’s Nursery Is Low-Key Cooler Than Our Apartments 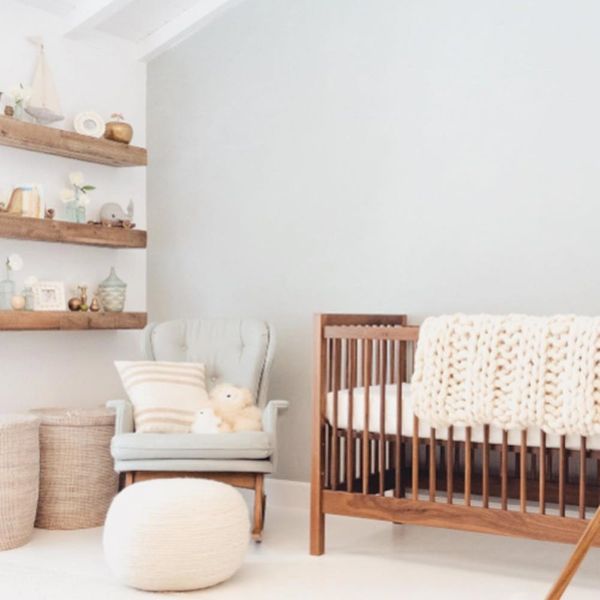 The Kardashians may have been stirring up a lot of baby rumors lately, but there’s another reality star mom that wants you to know she’s winning at all things baby-related: Lauren Conrad. Conrad took to Instagram to show off her son Liam’s ultra adorable nursery design earlier this month, and true to LC form, the decor didn’t disappoint.

Conrad opted for a subdued, minimal aesthetic for the room, due in part to her struggle to make decisions on the decor. “I realized that the reason I was having such a difficult time decorating this room was because I hadn’t met my kid yet,” she confessed on her blog. This led her to pick a neutral palette with the expectation that Liam could help redecorate later on in life. Mid-century-inspired wood tones lend a warm feel to the space, which also incorporates pale blues and plenty of texture. Nautical touches, such as whale bookends, are a playful callback to the theme that runs throughout the family’s home.

The result is a serene space that’s definitely Conrad’s style (we even spotted some accessories from her shop Little Market scattered throughout the room), but also lets Liam gravitate toward what interests him as he grows up. We admit that the nursery’s design is so calming we wouldn’t mind taking a nap in there…

Looking to give your own space a makeover? Find decor inspo for every room on Pinterest!

Emily Bihl
Emily Bihl is a freelance writer and sometimes-songwriter currently undoing a lifetime of healthy eating in the great city of New Orleans. When she’s not writing, she can be found covered in clay at the ceramics studio or attempting an approximated downward dog. She likes her black labrador Selkie, unexpected anagrams, and cracking the sugar on creme brûlée with the back of a spoon.
Celebrity Home
Home News
Celebrity Home Lauren Conrad Nursery
More From Home News