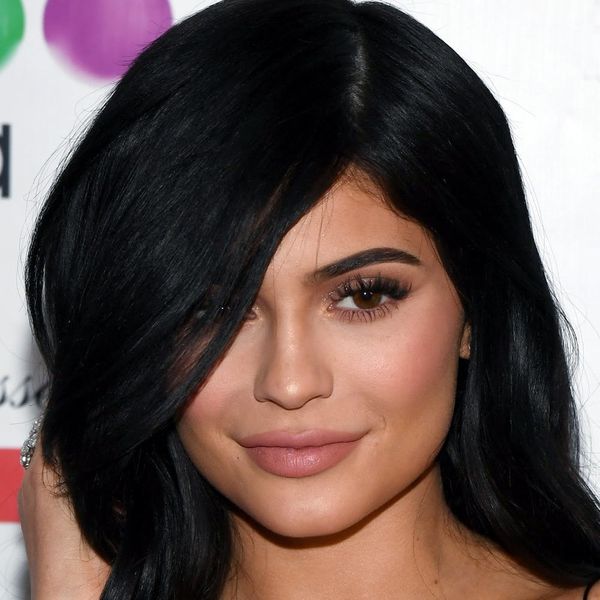 There’s plenty of changes that go along with having a baby, and beauty routines are no exception. For some, that might mean switching to new, more natural products, and for others, it means forgoing certain treatments: buh-bye, hair dye! As Kylie Jenner’s cosmetic doctor, Dr. Simon Ourian, revealed to Page Six, should reports of a pregnancy for the 20-year-old turn out to be true, she may soon need to give up yet another beauty procedure, as well: lip injections.

That’s because, according to the good doctor, the temporary lip injections his famed patient copped to back in 2015 are not a procedure he’ll perform on a pregnant woman. “I would never knowingly administer lip injections to a pregnant patient,” he told the outlet. “In fact, it is my policy not to perform any procedures at all on pregnant women.”

According to Ourian, the unknown factor is too great of a risk to chance. “No one knows the implications of lip fillers on pregnant patients, since dermal fillers haven’t been tested on pregnant women,” he explained.

That’s not to say that anyone would necessarily notice a change in her appearance. “If a woman receives lip fillers before becoming pregnant, the results can last several months into her pregnancy, especially if she received one of the newer, longer-lasting fillers,” he said.

It’s also possible she wouldn’t be wanting them, as Ourian pointed out that many women “experience naturally increased lip size during pregnancy due to increased levels of estrogen, blood flow, fluids, and swelling.”

watch me and @jordynwoods give you guys a sneak peek of all the new FALL lip kits launching October 6th! Video is up right now on the Kylie Cosmetics YouTube channel.

Additionally, she’s got five new fall lip kits to add to her makeup routine, which pack quite the punch, as Jenner proved when she used the cosmetics line on sister Kendall back in November, sparking rumors that the 21-year-old model had gone the cosmetic route, as well.

Either way, if the youngest Jenner is with child (a fact she’s yet to confirm), we’ve not doubt that she’ll be every bit as gorgeous as a mama-to-be as she’s always been!

How did your beauty routine change, if at all, when you became a mom? Sound off over @BritandCo.

Nicole Briese
Nicole is the weekend editor for Brit + Co who loves bringing you all the latest buzz. When she's not busy typing away into the wee hours, you can usually find her canoodling with her fur babies, rooting around in a bookstore, or rocking out at a concert of some sort (Guns N' Roses forever!). Check out all her latest musings and past work at nicolebjean.com.
Celebrity Beauty
Beauty News
Celebrity Beauty Kardashians Kylie Jenner