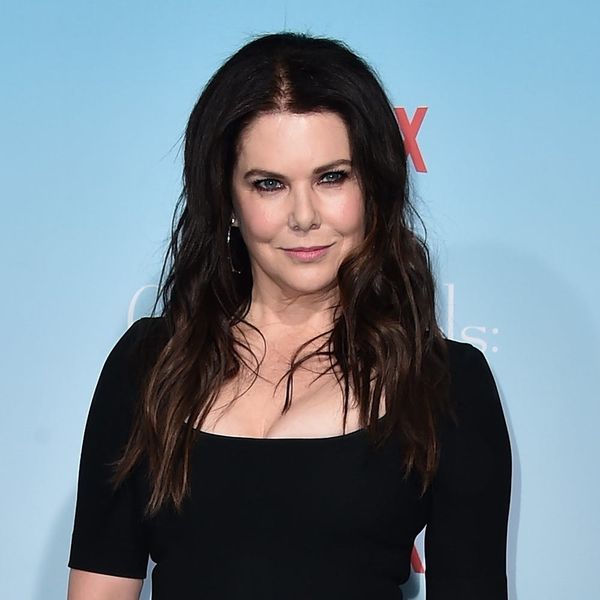 Despite the recent reboot, it looks like fans aren’t ready to leave the Gilmore Girls behind anytime soon (fan festival #2, anyone?). And much of that has to do with the ending that many, including Lauren Graham (AKA Lorelai Gilmore), consider more of a cliff-hanger. But while most of us feel that more episodes are needed for true closure, it’s looking less likely that another reboot will happen. Following Milo Ventimiglia’s disappointing update about the future of Jess, Lauren Graham has just shared more seriously bad news for Gilmore Girls fans.

It turns out, if it was up to the popular series’ star, Lauren Graham would continue to play Lorelai forever. But there would have to be one catch. According to NME, the actress revealed, “If it all existed in a vacuum, I would play that character [Lorelai Gilmore] until my dying day.”

And while that may initially give fans hope, TVLine reports that she further explained her thoughts on the sitch, saying, “Now it’s become what could we do with this story that is satisfying, that is worth continuing. I don’t know if there is a need to do more. I wouldn’t want it to feel like we overstayed our welcome.”

Beyond that, she admits that she hasn’t been approached about the possibility of returning to Stars Hollow, and though that may seem like a total dream-crusher, she was sure to remind fans that she only found out about Gilmore Girls: A Year in the Life via buzz and rumors and was only officially let in on the news from the peeps behind-the-scenes later on.

Perhaps not all hope is dashed? We’ll keep our fingers crossed that someday (sooner rather than later) we’ll get to find out more about [SPOILER] Rory’s pregnancy.

Are you still hoping for more Gilmore Girls episodes? Let us know @BritandCo!

Desiree O
Desirée O is a ‘Professional Bohemian’ who loves anything and everything related to the arts, entertainment, and pop culture. She ADORES being a ‘Newsy’ for Brit + Co, covering all of the latest tidbits of awesomeness that you want to read about. When she’s not writing, she’s either making messy art, going on long adventurous walks with her camera, or poking around over at bohemianizm (http://www.bohemianizm.com/). You can find out about Desirée O and her work at http://DesireeO.com/ or follow her on Twitter @DesireeO.
Gilmore Girls
Pop Culture
Gilmore Girls