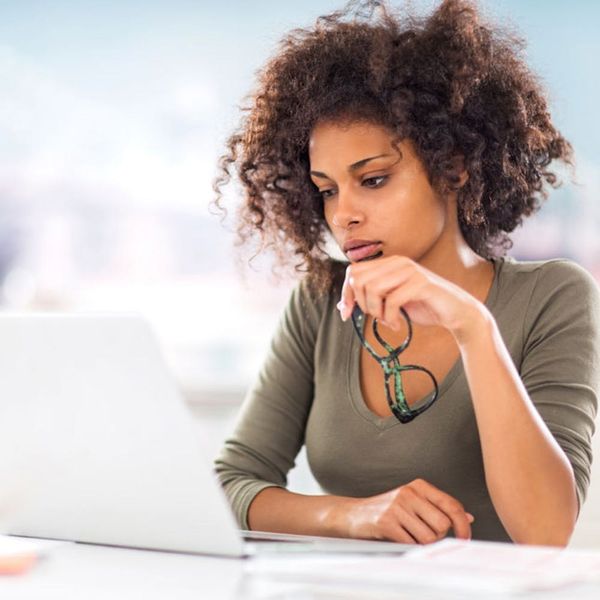 It’s still early in the new year, so chances are you’re getting pretty sick of being bombarded with diet talk all the time. From women’s magazines and diet programs with celebrity endorsements to taco cleanses (wait, this one actually sounds pretty great), we agree that diet culture is definitely getting out of hand. Who would have thought Lean Cuisine would be at the forefront of changing that culture? The brand has developed the #WeighThis Diet Filter, a Google Chrome plugin that blocks the word “diet” from your web surfing. We’re down.

According to Lean Cuisine, during the month of January, the word diet shows up on TV or the Internet every three seconds. That’s pretty insane. To fight back, their new plugin literally blocks out the word “diet” with a little orange rectangle. So far, more than a million people have downloaded the plugin.

But it’s not just the online world they’re worried about — they’re also working on creating a device that you can buy and plug into your TV to mute your sound whenever an ad tries to sneak the word “diet” into your living room. It’s just a prototype now, but hopefully will be available to buy soon.

As an added bonus, every time someone downloads the plugin or buys a TV device, Lean Cuisine will donate to an organization called Girls Leadership. “We’re focusing on what matters,” Lean Cuisine’s webpage reads.

And while Lean Cuisine might seem like an odd champion for the end of diet culture, the brand is actually making a pretty big shift away from dieting and toward body positivity, promoting healthy, holistic living over weight loss. Sure, it might have been motivated by declining sales, but progress is progress, right?

Would you block the work “diet” from your TV and internetting? Tweet us your thoughts at @BritandCo!

Kylie Kendall
Kylie is a freelance writer living in Ottawa, Canada. When she's not writing, you might find her scoping out all-day breakfast spots in her city or taste-testing every bottle of red wine under $10.
Body Positive
Health
Body Positive Diet Healthy Living
More From Health