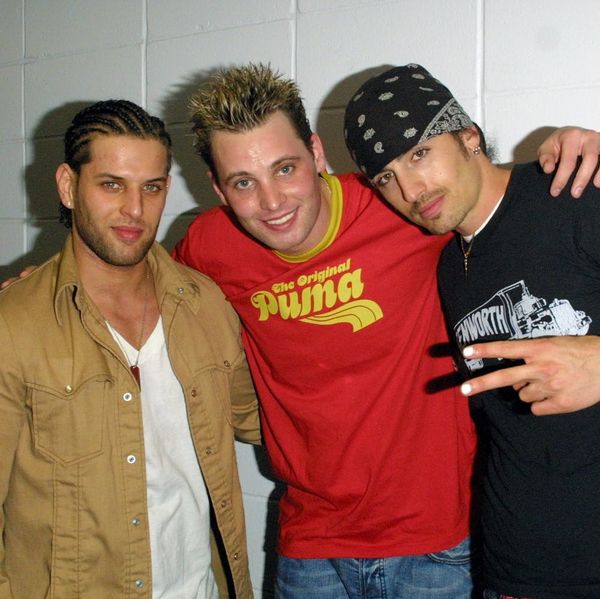 The recent news of Julia Louis-Dreyfus’ breast cancer diagnosis was yet another reminder that the disease does not discriminate. Now, more sad news out of the music world, as LFO singer Devin Lima has been diagnosed with stage-4 adrenal cancer, just one week after he underwent surgery to have a tumor removed from his adrenal gland.

Friends, our brother Devin has a battle ahead of him. No one has a stronger will, a stronger mind, or a stronger body. Devin is a warrior and nothing will stop him from healing and moving forward with his life and career. Please flood the heavens with your prayers and your positive thoughts as we stand beside our friend and brother, Devin Lima. For more details, check out the full version of this video at our YouTube page - YouTube.com/lfovideos #healDevinLFO #DEFEATitDEVIN

Bandmate Brad Fischetti shared the news with fans via social media on Monday, admitting, “I wish we had better news to share.”

“Devin asked me to give you this update without him because, frankly, he’s not feeling very well,” Fischetti said. “But, he asked me to send you his love and gratitude for all the love and prayers you’ve sent his way.”

Fischetti said that Lima had had a tough few days in the hospital following his surgery (which also saw him have his kidney removed), and that the pathology report indeed confirmed cancer. He’s been diagnosed with primary adrenal cancer, meaning it started in the adrenal gland, which Fischetti described as a “one in a million” type of cancer.

An update on Devin. What's up guys, Brad here.  I just left the hospital.  Devin is in a tremendous amount of pain, but like he said, it was expected.  The doctors are working to manage his pain and to help him get some rest.  They are also monitoring his kidney function and vitals closely.  We should have the pathology report back next week.  Please continue to pray for NO CANCER.  Despite the struggles, Devin's spirits are good.  The desire to get back to music drives him.  As soon as he is home he'll be back in the studio writing and producing.  As soon as his diaphragm is healed, he will start singing again.  When the doctors give him the green light, we will start rehearsing again with the band.  And when Devin is back to 100%, we will hit the road again.  And then together with you, and Rich from above, we will rock every venue in each city as hard as we physically can.  We look forward to sharing the next chapter of this LFO experience with you.  Many thanks for your love and prayers. - Brad & Devin

LFO staked their claim in the ’90s boy band legacy with their 1999 hit “Summer Girls,” and had recently returned with a new single, “Perfect 10.” Fischetti said that returning to the stage is a “motivating factor” for Lima at this time. Original group member Rich Cronin died from leukemia in 2010. All the best to Lima for a speedy recovery.

Tell us your thoughts about this sad news at @britandco.