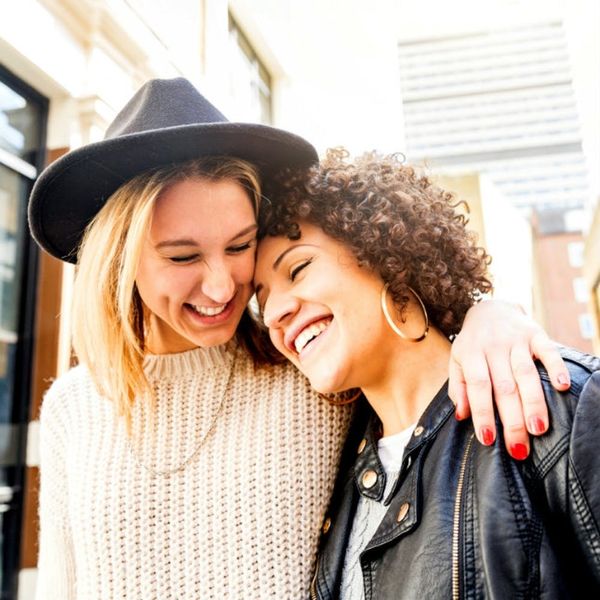 LGBTQ rights is an issue dear to our hearts. Now that the White House’s webpage for LGBTQ rights was officially scraped by the Trump administration, we’re standing up for our LGBTQ friends in every way possible — including through our purchasing power. Even though books with LGBTQ protagonists are regularly banned in the US, we’re choosing to celebrate love this Valentine’s Day with 10 LGBTQ romances that’ll restore your faith in love in all forms. Happy reading!

1. The Miseducation of Cameron Post by Emily M. Danforth ($10): Set in rural Montana during the early 1990s, this amazing coming-of-age novel will stick with you long after you finish. When young Cameron Post falls in love with her cowgirl best friend and is outed, she’s forced to attend a religious conversion camp, where she’ll learn the real cost of denying her true identity.

2. Rubyfruit Jungle by Rita Mae Brown ($16): This is a classic tale about Molly Bolt, the adoptive daughter of a poor Southern couple, whose path to self-discovery leads to a trail of not-so-permanent relationships. Praised by everyone from Gloria Steinem to Andrew Tobias, this incredible tale is just as impactful as it was 30 years ago, when it was published.

3. Boy Meets Boy by David Levithan ($10): When Paul meets Noah, he’s pretty sure that he’s found his soulmate. But one big mistake might ruin the whole thing (in fact, the school bookie says the odds are 12-to-1 against Paul getting Noah back). Let’s just say he’s going to have to get creative to keep his relationship alive.

4. Wildthorn by Jane Eagland ($8): Set in Victorian England, 17-year-old Louisa is anything but a “proper” lady — mostly because she dreams of being a doctor. But even when her confidant and father dies and she’s sent to an asylum, she doesn’t give up hope. In fact, despite all of the horrendous things she encounters there, she finds love in a humble chambermaid.

5. One Man Guy by Michael Barakiva ($18): After learning that he has to enroll in summer school, Alek is fairly certain his entire summer vacation is ruined. But after meeting cool and mysterious Ethan, Alek just might change his mind… and open his heart to a whole new world of possibilities.

6. Holding Still for As Long As Possible by Zoe Whittall ($15): This isn’t your ordinary love triangle. Between former teen-idol Billie, shy, transgendered paramedic Josh and fashionable filmmaker Amy, Zoe’s ability to translate the millennial generation into lovable characters will have you demanding a sequel.

7. I’ll Give You the Sun by Jandy Nelson ($11): Told from the perspective of twin boys, this amazing YA novel by Jandy Nelson was an instant hit with reviewers and fans. From budding first romances to strained brotherly bonds, it’s a beautiful book that you’ll end up reading *at least* twice.

Ash, this action-packed novel is definitely on our to-read list. When Kaede and Taisin go on a treacherous journey to Tanlili, they face unspeakable dangers to set back the balance of the human world.

9. Almost Perfect by Brian Katcher ($10): When Logan befriends Sage, he’s instantly intrigued by her deep, sexy voice and beautiful smile. But after their first kiss, Sage discloses her big secret… that she was born a boy. This stunning portrayal of love in all forms is a must-read for teens and adults alike.

10. The Argonauts by Maggie Nelson ($15): Even though it’s a memoir, the core of Maggie Nelson’s book is a love story between her and her fluidly gendered partner Harry Dodge. Frankly discussing the complexities and joys of queer family-making, it’s best suited with a piping hot cup of tea and a pile of Valentine’s Day conversation hearts (in our humble opinion).

Ashley Macey
Ashley Macey is a lifestyle freelance writer who loves all things fitness, wellness, and creativity. When she's not exploring her home in the Pacific Northwest with her dog Max, you'll probably find her curled up with a good book and some hot tea. Follow her daily jaunts on Twitter.
Books
Home News
Books LGBTQ
More From Home News