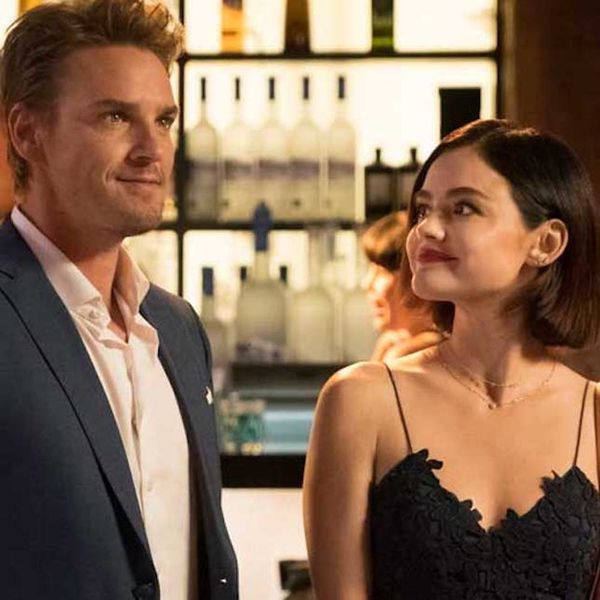 For its first two episodes, Life Sentence was shaping up to be a highly enjoyable family drama populated with flawed-but-likable characters trying to figure out how to take their lives out of their arrested development once Stella is no longer dying of cancer.

Then came episode three, titled “Clinical Trial and Error.” This episode was… problematic in a lot of ways, but let’s talk about the bright spots first.

Wes takes care of Diego and Elizabeth’s kids for a night, but when Fiona falls ill, he calls his mother-in-law for reinforcements. She seems great at first, but when Fiona gets a low fever, Ida panics and wants to take her to the hospital ASAP. Obviously, she is still carrying around her constant worry about Stella’s health. When she finally opens up to Wes about it, she reveals that Stella complained of being sick for a month before Ida took her to the doctor, and Ida always blamed herself when she thought her baby was going to die — if she had acted sooner, maybe they would have caught Stella’s cancer earlier.

It’s another lovely scene by Gillian Vigman. She is really knocking her stuff out of the park on this show.

Ida’s husband Peter, meanwhile, is being kind of a sad middle-aged dude, living in his house’s guesthouse, which the new owners are letting him do for six months. He’s sharing it with Aiden, which is a lot of fun. And it’s a great setup for something I should have seen coming and did not at all — a pretty divorcee Peter meets at a bar comes sneaking out of his room after they hook up, and she runs into Aiden, with whom she has some history. Oh, boy! That is hilarious and I can’t wait to see how this plays out.

So, those storylines were pretty solid. But we need to talk about Stella’s plot this week.

Stella takes it upon herself to be an advocate for the girl she met in the hospital in the premiere episode, Sadie, who is kind of all alone. (Her aunt is her guardian and the aunt works all the time.) Stella thinks she can help get Sadie into the clinical trial that cured her. But she finds out the funding was pulled because the clinical trial wasn’t successful — Stella is the only person who survived. So, that’s a lot for Stella to deal with personally, but the more pressing problem is figuring out the identity of the investor and convincing him to put his money back in.

She goes about this in entirely the wrong way, by breaking into the office of the woman in charge of clinical trials and looking up the man’s information. Stella is caught red-handed by Dr. Grant, Sadie’s oncologist, who agrees to help Stella meet this wealthy investor at a party that night.

So Stella bails on Wes taking care of their niece and nephew to go to a party with a hot oncologist. And then she makes a fool of herself in front of the investor — but her big eyes and heartfelt pleas convince him to re-invest if they can get the study up and running again. (The FDA shut it down after there weren’t enough successes.)

Later, Dr. Grant is just so smitten with this little fireball fighting for his patient that he tells her it’s too bad he didn’t meet her before she got married to Wes (!!!).

First of all, it’s completely absurd that Dr. Grant would catch her rifling through an administrator’s files and agree to help her. And it’s also not at all cool for him to make the marriage comment to her, especially in light of where we’re suddenly finding ourselves in society with the #MeToo and #TimesUp movement. Look, I get that this is a show about beautiful people and there must be dramatic tension to propel the story, but does it have to be that Dr. Grant is interested in Stella and she just kind of takes that all in like she doesn’t find it at all unprofessional and a little creepy?

Is it too much to ask that Stella and Dr. Grant have a successful working relationship and friendship without gumming things up with a romantic subplot? Because what’s going to happen here? Is the heroine of the piece going to cheat on her husband? Or is the show going to turn Wes into a bad dude so that Stella can leave him for Dr. Grant? Ugh. No, thank you.

I know we haven’t seen enough of this show yet to “expect better” from it, but I really did hope it would not go this way. I want the show to do better by these characters, whom I have grown to like a lot in these few episodes.