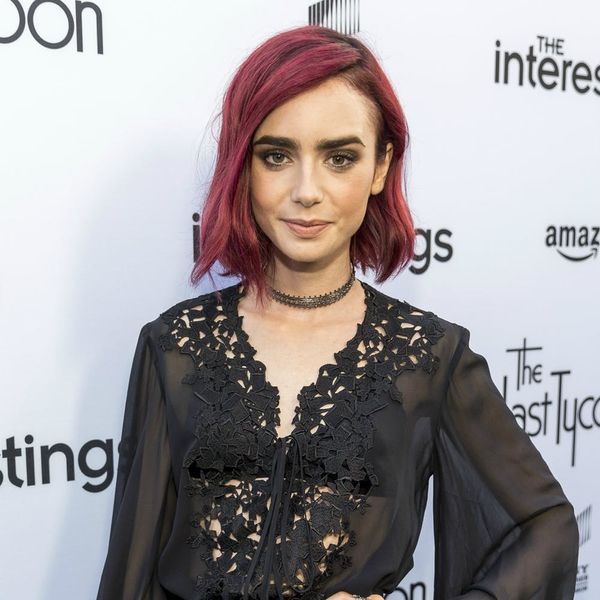 Lily Collins was having herself a bit of a badass moment this summer. From her newly dyed bright red locks to her rad new body art, girl was killing it with her newfound edge.

Alas, it appears that all good things really do come to an end, as she was spotted leaving a salon in West Hollywood in an all-too familiar shade of brunette.

A post shared by Lily Collins Philippines (@lilycollinsphilippines) on Aug 21, 2016 at 6:59am PDT

Apparently rocking the red tresses to match her character’s name in the upcoming Okja, Lily is back to her roots with her classically dark locks now that filming has wrapped, and we can’t help but wonder: Will this see her return to a tamer style, as well?

When your new @StellaMcCartney kicks are as shiny as the floor, you know the road ahead looks bright #rockinrosegoldrunners...

“When your new @StellaMcCartney kicks are as shiny as the floor, you know the road ahead looks bright,” she wrote, adding “#rockinrosegoldrunners.”

Though Lily looks stunning no matter what color she rocks (those Snow White hair tresses WERE on point in Mirror, Mirror), we have to admit, we’re kinda’ sad to see the red go. RIP, red. RIP.