25 Things You Probably Didn’t Know About “The Lion King” 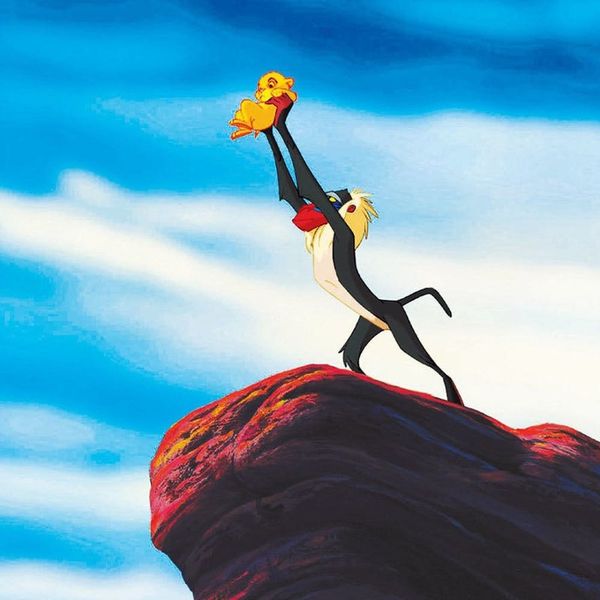 If you like, nay, LOVE Disney’s The Lion King, then this is a perfect time to bask in all its glory. Lucky for us all, the timeless tale is roaring back into our lives in a variety of ways. A big-budget live-action version of The Lion King is currently in production; you can show your love for Simba and the gang with ALL sorts of amazing new Lion King products; and last, but not least, the Walt Disney Signature Collection edition is hitting the shelves on August 29 (although you can get it digitally now). All this newfangled love of the classic got us thinking; how well do we really know The Lion King? Here we have 25 facts about the movie; see how much you know!

1. The opening scene is the jam! The first scene for The Lion King is so incredibly powerful that Disney didn’t make a trailer in the usual clip show format; instead, they used the first scene of the film. And really, you can’t go wrong with “Circle of Life.”

2. It started with a different title. Initially, the film was called The King of the Kalahari, but then it was changed to King of the Jungle. Then the filmmakers realized that lions don’t actually reside in the jungle, but rather in the savanna. They made a quick change, and The Lion King title was born.

3. It was gonna be way more heavy. In one of the earlier treatments of the film, the story was to be about a war between lions and baboons, with Rafiki as a cheetah and Scar as the leader of the baboons. The initial drafts of the script were light on the laughs and far more serious. Thankfully, they lightened it up.

4. It wasn’t always a musical. When the film was first conceived, they intended that it would have more of a documentary vibe. It was to be way more realistic, without any musical numbers. Thankfully, after the urging of the lyricist Tim Rice (of Aladdin fame), they hired the one and only Elton John to write the songs, and the next thing you know, we have singing hyenas and warthogs.

5. The Lion King + ABBA: Yeah, that almost happened. Before they approached Elton John, Tim Rice had reached out to the Swedish super group ABBA (Rice had worked with them on the concept album Chess), but they were working on an opera, of all things, and didn’t take the job.

6. Hello, Bamblet! The writers of the film felt that it was a mash-up of the narratives from Bambi and Hamlet, so they’d privately refer to the film as Bamblet. While Bamblet does have a certain ring to it, we’re glad they stuck with The Lion King.

7. They brought a real lion in studio. Back in the day when Walt Disney was creating Bambi, the studio sent animators into the woods and even brought in live deer to the studio for artists to study. They did the same thing for The Lion King, bringing in a real live lion into the animation studios, with Jim Fowler of TV’s Wild Kingdom keeping watch.

8. They traveled to get it JUST right. Disney filmmakers are fond of traveling all around the globe for inspiration: Norway for Frozen, Fiji for Moana, and even Barcelona for Wreck-It Ralph. For The Lion King, animators and artists spent two weeks studying in Africa, including Hell’s Gate National Park in Kenya, which was the inspiration for Pride Rock.

9. The Lion King has a morbid claim to fame. This is the only Disney movie that shows a villain (in this case Scar) committing murder. In every other Disney animated film, any murders are attempted or carried out offscreen.

10. Not even an earthquake can stop art. The filmmakers didn’t let a natural disaster impinge on their project. After the massive 1994 Northridge earthquake shut down the studio, the film’s animators finished their work from home. And the animators were BUSY: More than a million drawings were created for the film, which featured 1,197 hand-painted backgrounds and 119,058 individually colored frames.

11. Celebrities helped shape the characters. When creating the visual characteristics of the animals, the animators found inspiration from their human counterparts. For Scar, animator Andreas Dejas looked to the face of Jeremy Irons, who voiced him in the film. An early incarnation of Simba had a mane of hair “like Jon Bon Jovi,” but after Matthew Broderick was cast, the character became smoother and more refined. (We’d still pay good money to see a Bovi-esque Simba.)

12. The Lion King vs. Pocahontas was a thing. In the early ’90s, Disney animation was working on two films at the same time. Potential team members were enticed to work on one project or the other with wine and cheese parties featuring concept art. Many opted to work on Pocahontas, thinking that The Lion King was a riskier experiment — especially since it was an original story and not based on source material like most of Disney’s films up to that point.

13. Elton John was wary of “Hakuna Matata.” While the animators were on a tour in Africa, one of the guides said “hakuna matata” in passing. When Tim Rice heard the phrase, he knew it would be a fantastic hook. Elton John wasn’t as thrilled, worrying that the song would mar his legacy. “I sat there with a line of lyrics that began, ‘When I was a young warthog,'” John said in 1995, “and I thought, ‘Has it come to this?'”

14. The “Circle of Life” chanter once parked cars. South African composer and singer Lebo Morake met composer Hans Zimmer while parking cars in Los Angeles as an exile from the apartheid regime in his home country. Morake went on to create the unforgettable chant in the beginning of “Circle of Life,” along with other parts of the film’s score.

15. Two stars upgraded from hyenas to hijinx. Nathan Lane and Ernie Sabella were co-starring on Broadway in Guys and Dolls when they went in to try out for The Lion King. When they auditioned together for roles as hyenas, the two had so much chemistry that the filmmakers cast them as Timon and Pumbaa instead.

16. A famous stoner duo was almost cast as the hyenas. When the crew first went in search of their hyenas, they’d hoped to get Cheech and Chong, but the comedy double act had already broken up. The filmmakers did nab Cheech Marin but went with Whoopi Goldberg as his costar.

17. Myriad animals didn’t make it to the final cut. A whole bunch of characters didn’t make it into the final film. The original script included another lion cub named Mee-Too, Bhati the bat-eared fox, a rhino, a little brother for Nala, a second meerkat, Nala’s father, and rock python Joka.

18. The royal parents had experience. This wasn’t the first time that James Earl Jones and Madge Sinclair portrayed the royal parents of an African prince. The duo played the mother and father of Eddie Murphy’s starring character in the 1988 comedy Coming to America.

19. The big love song was almost a joke. The oh-so-romantic “Can You Feel the Love Tonight” was very nearly a comic ditty. Initially, it was a silly duet for Timon and Pumbaa, but after a test screening in Atlanta, the filmmakers pivoted it into the breakout love song we all know and love. And the decision paid off: Elton John and Tim Rice won an Academy Award for the ballad.

20. Was there s-e-x in the air? A hidden message in the night sky of one scene raised some concerns. In a fleeting moment — within what seems to be a cloud of dust and leaves — one could presume to see the word “sex” written in the swirling debris. When called out, animators claimed it instead spelled out “SFX” (for special effects). The jury is still out on this one!

21. One of the songs that was cut got a second chance. “The Morning Report,” a musical number, was cut from the final release of the film, but it was not gone forever. The song was included in the Broadway version and placed in the 2002 platinum-edition DVD, along with brand-new footage.

22. There was a wee bit of computer animation in the film.The Lion King is one of those masterpieces that was almost entirely hand-drawn, but they did utilize computers for a few sequences. One of the scenes that was aided by technology was the wildebeest stampede; the computer multiplied just a few hand-drawn animals into a gazillion. Even with digital help, that one two-minute scene took more than two years to fully animate.

23. The Lion King made a WHOLE lot of money. It was the highest grossing film in 1994, bringing in over $770 million. It also holds the honor of being the top-grossing hand-drawn animated film of all time. Throw in the $6 billion (yes BILLION) that the Broadway edition has earned, and The Lion King holds the title of most financial successful work in any medium in entertainment history.

24. Scar and Mufasa aren’t actually full brothers!Hello Giggles recently uncovered this The Lion King bombshell during an interview with the filmmakers. “[While making the movie,] we talked about the fact that it was very likely [Scar and Mufasa] would not have both the same parents,” producer Don Hahn stated. “The way lions operate in the wild… when the male lion gets old, another rogue lion comes and kills the head of the pride. What that does is it causes the female lions to go into heat [to reproduce], and then the new younger lion kills the king and then he kills all the babies. Now he’s the new lion that’s running the pride.”

25. “Circle of Life” has serious meaning. The chant the Morake wrote for “Circle of Life,” when translated from Zulu to English, states: “Here comes a lion, Father / Oh yes, it’s a lion / We’re going to conquer / A lion and a leopard come to this open place.”

Which The Lion King fact do you find most interesting? Let us know on Twitter @BritandCo!

Sunny Chanel
Sunny Chanel is a freelance writer as well as the founder of the whimsical site Wonder and Company. When this proud San Franciscan isn't writing, working on her fixer-upper or doing crafts, she is playing dress up with daughter and planning her next trip to Disneyland.
Disney
Movies
Disney
More From Movies