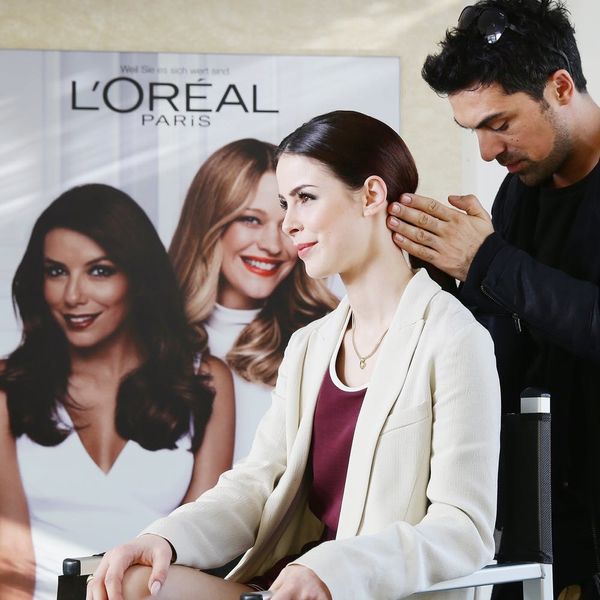 L’Oréal is in hot water all over again. After kicking the year off with a controversial ad featuring Blake Lively, the beauty company is ending 2017 in the same way thanks to a now-deleted Instagram post regarding hair types that many felt missed the mark when it came to diversity.

The campaign in question was for the brand’s Elvive Extraordinary Clay Collection, a line of reparative products for hair care. According to Byrdie, L’Oréal posted (and then deleted) a shot of a woman brushing her hair. It was the caption that had many up in arms, however, which stated that hair tangles were the result of damaged tresses.

“#DidYouKnow — your hair tangles when it’s damaged?” the brand wrote. “Test your damage by brushing your hair. If it doesn’t tug or tangle, you have healthy hair! #TheCombTest.”

Fans were quick to point out the company’s faulty logic, noting that while the “comb test” may work for women with straight locks, it wasn’t representative of those born with curly or textured strands, for which tangles are a common occurrence — even in the healthiest of coifs.

In the comments section of the post, Byrdie found plenty of people calling the brand out for their faux pas, asking them to consider a wider range of hair types when marketing their products, with one commenter reportedly writing, “I just have natural waves with a slight curl on occasion and my hair still tangles. This ad promotes serious tunnel vision and no diversity whatsoever.” Other comments (“I guess curly hair/wavy haired people don’t exist”, “Apparently I’ve had damaged hair since birth.”) followed suit, with another writing “Y’all should’ve ran this ad through a more diverse focus group, way to go.”

L’Oréal has not issued any further comments on the ad.

What do you think about L’Oréal’s latest controversy? Tweet us @BritandCo!

Arielle Tschinkel
Arielle Tschinkel is a pop culture junkie who went to NYU because the Olsen twins went to NYU (really). She is a freelance writer whose work has also been featured on HelloGiggles, Refinery29, SheKnows, Bustle, Hollywood.com, and many others; and she's living her dream one Britney Spears GIF at a time. Follow her on Twitter @mrstschinkel or visit her website at arielletschinkel.com.
Controversy
Beauty News
Controversy Hair