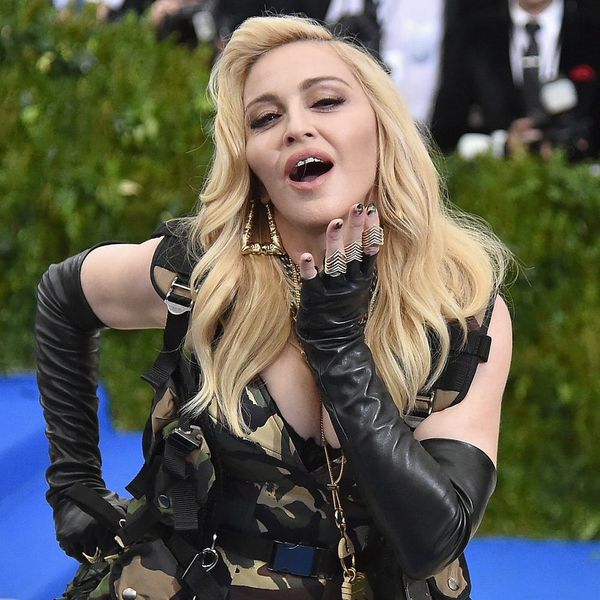 Madonna is one of the most famous people on the planet, but apparently that doesn’t matter when you’re trying to get a package from FedEx. The singer took to her Twitter account this morning to share her frustration over what is apparently an ongoing battle with the shipping company to convince them that she is who she says she is. Don’t they know, b*tch, she’s Madonna?

When you've been arguing with fed-ex all week that you really are Madonna and they still won't release your package. 🙄!#bitchplease pic.twitter.com/UQdms69w49

Posting an irritated selfie, Madge captioned her pic, “When you’ve been arguing with fed-ex [sic] all week that you really are Madonna and they still won’t release your package. #b*tchplease”

She didn’t offer any further details, but someone at the company tried to help by replying to the singer’s post. “Hi, this is Julie,” the tweet read. “I would like to help. Please DM your delivery address, tracking & phone numbers.” That prompted one fan of the singer to quip, “Nice try, Julie.”

Of course, Julie wasn’t the only person to respond to Madonna’s highly relatable trouble with the delivery service.

This is the oddest 'relatable' tweet I've ever seen

This is already one of my favourite celebrity tweets of all time. https://t.co/69KI5xlX2g

It's comforting knowing that Madge and I are having the same issue today. FedEx still doesn't believe I'm Madonna. https://t.co/m7bV5WtiXc

@FedEx ⬇️ This is Madonna. She has a package. Madonna wants her package. Any questions? https://t.co/En6OhZylRd

We’ll be watching Madonna’s Twitter for updates, but keep your fingers crossed that someone at FedEx figures out their mistake and gives the megastar her package.

Have you ever had a hard time getting a package delivered? Tell us how you fixed it @BritandCo!