Maisie Williams Is Going to Be a Bridesmaid in Sophie Turner’s Wedding to Joe Jonas! 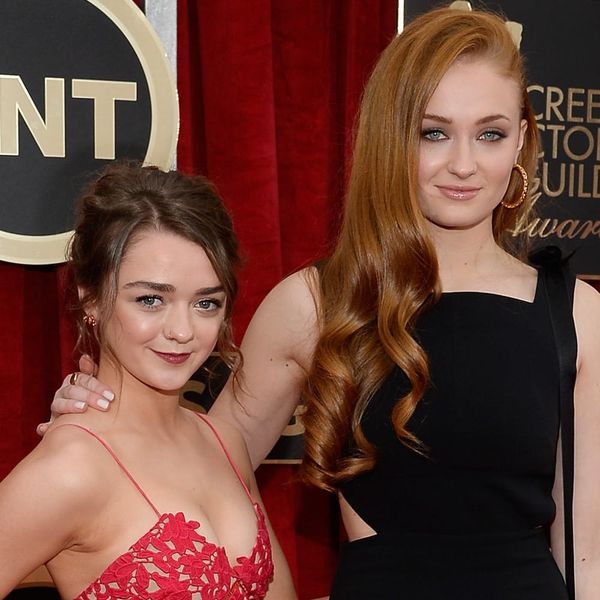 Maisie Williams and Sophie Turner play sisters on Game of Thrones, and in real life, they’re two of the sweetest besties in Hollywood. They’re so close, in fact, that Turner — who’s engaged to Joe Jonas! — asked Williams to be a bridesmaid in her wedding.

Williams revealed the news during a recent chat with Radio Times. The actress was there to promote her upcoming role in Early Man, but naturally, the conversation turned to GoT gossip, and then to Turner’s upcoming nuptials. That’s when the interviewer asked Williams if she was “bidding for a role as bridesmaid.”

Williams scoffed jokingly, admitting, “Oh, I’ve already got it!” She went on to say, “It’s very, very exciting. It’s kind of bizarre though.”

Fortunately, she has some time to get used to the idea. Asked whether they were in the “planning stages,” Williams replied, “We’re waiting until this season’s done until we get into any of that.” Makes sense to us! The highly anticipated next season of Game of Thrones won’t debut until 2019, but the cast is surely busy preparing for and filming what will no doubt be an epic final chapter to the story.

See Maisie Williams talk about Sophie Turner’s wedding in the clip below.

Have you ever been a bridesmaid for a close friend? Let us know @BritandCo!