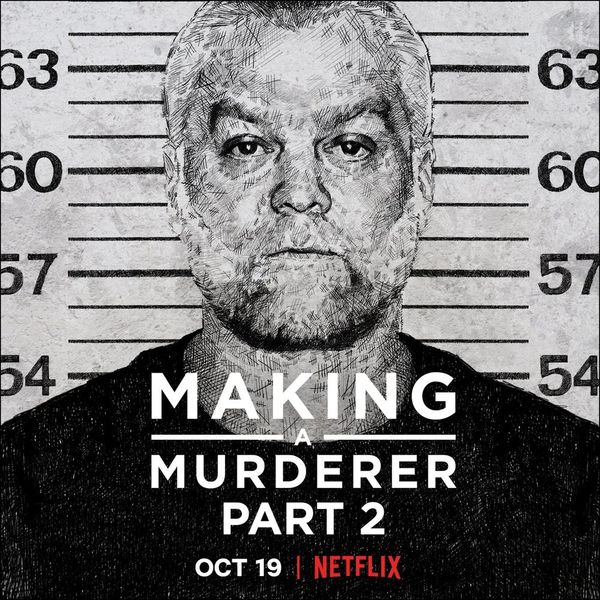 Netflix recently announced a release date for the highly anticipated Making a Murderer: Part 2, and now the streaming serviced has released an official trailer, too.

In the first look at the continuation for the hit docuseries, Steven Avery and Brendan Dassey’s legal teams dig in on trying to overturn their convictions. The 10 new episodes will show Avery’s lawyer, Kathleen Zellner, and Dassey’s representation, Laura Nirider and Steven Drizin from Northwestern University’s Center on Wrongful Convictions of Youth, attempting to reexamine existing evidence as well as find new supporting evidence that the two were not responsible for the death of Teresa Halbach in 2005.

“Building on Part 1, which documented the experience of the accused, in Part 2, we have chronicled the experience of the convicted and imprisoned, two men each serving life sentences for crimes they maintain they did not commit,” filmmakers Laura Ricciardi and Moira Demos said in a statement. “We are thrilled to be able to share this new phase of the journey with viewers.”

Much like Part 1, the trailer also shows glimpses of Avery’s life waiting for him at home, including his aging parents, who have fiercely defended and supported him and who Avery fears will not live to see him released from prison.

Making a Murderer: Part 1 told the story of Avery, who was wrongly convicted of sexual assault and attempted murder in 1985 and who, after serving 18 years of a 32-year sentence, was exonerated by DNA testing and released. He filed a civil lawsuit against Manitowoc County, only to be arrested for Halbach’s murder two years later. His nephew, Dassey, was also implicated in the crime, although both maintain their innocence. Both men remain behind bars.

Making a Murderer: Part 2 arrives on Netflix on Friday, October 19.