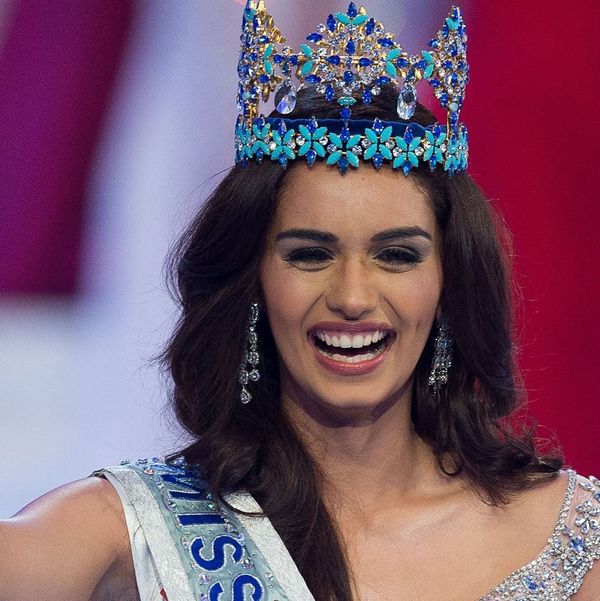 Chhillar was chosen from more than 120 contestants to become the sixth-ever Indian contestant to win the pageant, succeeding none other than Baywatch star Priyanka Chopra after 17 years.

And we have a successor!Congratulations @ManushiChhillar on becoming #MissWorld2017.. cherish and learn, and most importantly enjoy it.Bravo

Chopra took to Twitter to congratulate Chhillar, saying, “Cherish and learn, and most importantly, enjoy it. Bravo.”

It means the #World to me! Have always looked up to you :) Thank you @feminamissindia @priyankachopra https://t.co/7yPLA2Sa94

The 21-year-old has since responded, saying, “It means the world to me! Have always looked up to you. Thank you.”

Wowing the judges with her grace, beauty, and sweet-but-smart answers, the reigning queen reportedly told the panel she believes the title of “mother” deserves the highest salary. “I think a mother deserves the highest respect, and when you talk about salary it’s not always about cash, but I feel it’s the love and respect that you give to someone. My mother has always been the biggest inspiration in my life.”

She continued on to add, “All mothers sacrifice so much for their kids. So, I think it is the job of a mother that deserves the highest salary.”

Clearly, her answer was one that resonated, earning her a brand new crown to call her — and India’s — own.

Congratulations to the new queen!

Who do you think deserves the world’s highest salary? Tell us over @BritandCo.

Nicole Briese
Nicole is the weekend editor for Brit + Co who loves bringing you all the latest buzz. When she's not busy typing away into the wee hours, you can usually find her canoodling with her fur babies, rooting around in a bookstore, or rocking out at a concert of some sort (Guns N' Roses forever!). Check out all her latest musings and past work at nicolebjean.com.
Diversity