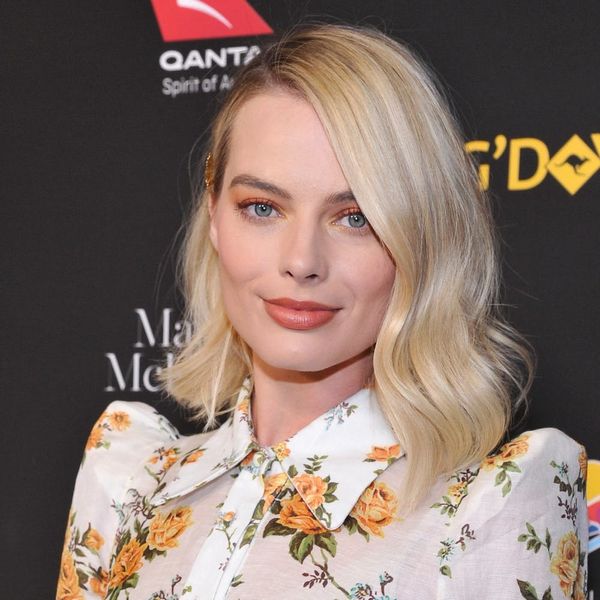 Australian actress Margot Robbie has a message for nosy people: Asking women about their plans to reproduce is not only unnecessary, but also downright rude. In an interview with Radio Times, the Mary Queen of Scots star said she felt particularly sympathetic to her character, the real-life Queen Elizabeth I — a famously childless and husbandless monarch — after having to field a seemingly endless barrage of questions from interviewers after her 2016 marriage to Tom Ackerly.

“I got married, and the first question in almost every interview is, ‘Babies? When are you having one?’ I’m so angry that there’s this social contract,” she told Radio Times. “You’re married, now have a baby. Don’t presume. I’ll do what I’m going to do.”

“It made me really angry; how dare some old guy dictate what I can and can’t do when it comes to motherhood or my own body,” she added, remarking that it’s unfortunate we’re still centering conversations around women’s potential for motherhood.

Robbie is 100 percent right, and her lament goes for all women, not just famous ones. Men, in general, don’t get asked when they’ll start a family the moment they partner up. And, broadly speaking, their family decisions don’t have any detrimental effect on their careers, as they often do for women.

Asking women about their personal reproductive decisions is not only inappropriate in a work setting (such as an interview or press event), but reduces a woman’s worth to her ability or choice to conceive a baby. Some women may not want to have any children. Others may not be able to conceive due to medical reasons, which makes questions like this deeply painful.

And on top of the fact that this line of questioning is incredibly personal and reductive, it’s wildly superficial, particularly for a woman as accomplished as Robbie, an Oscar-nominated actress, producer, and star of several films. Questions about her reproductive plans tacitly imply that her professional accomplishments don’t mean as much as the possibility that she may one day decide to have a baby.

Women have more to offer than our choice or ability to procreate, and in 2019, we shouldn’t need to keep reminding each other of that.

Kat Armstrong
Kat has been a writer, social media maven and mom for longer than she's willing to admit. She's also spent time in front of and behind the camera, interviewing celebs, politicians and acting as a producer for fashion and artistic photography shoots. When she isn't writing for various orgs and publications, she's hanging with her kids, husband and French Bulldog, Peter, in Toronto, Canada.
Celebrity
Gender Issues
Celebrity Controversy
More From Gender Issues